The majority of problems arising in the classroom stem from poor lesson plans.  If your lesson is unprepared and bogus you’ll likely encounter problems.  If you prepare interesting, challenging, and exciting lessons you’ll encounter zero to a minimum of problems.  Create balanced lessons that are both passive and active.

Some student’s don’t want to be there, which can lead to some problems. They are there because their parents or employer wants them to be or perhaps it’s a requirement for school.

You’ll need to first make your rules for them clear. Write them down and post it on the wall. On your first day, you can write them on the board. Make sure they understand and have the students repeat with you. Once they are clear on what the rules are; you’ll need to enforce them consistently. Make sure you are also clear on your own rules.

Another idea is to come up with a list of classroom rules together. Kids will like this as they will feel that they came up with the rules themselves. Make flashcards of your rules, repeat together and then make it fun with a game.

Rewards
“If you come to view yourself as working to get something, you may no longer find that activity worth doing in its own right.”-Dale Carnegie

1. Reward the behavior that you desire.
2. If a task is something to get through just to get a reward students/people will feel less creative, enthusiastic and motivated.
3. Students will see themselves as being controlled by the behavior.

“Her father paid her a hundred dollars for every A on her report card, which perhaps undermined any inherent joy in learning for learning’s sake.”-Po Bronson

Example:
Don’t say, “If you get an A on your test I will give you a sticker.”
Do say, “You did great on your test, that was a big improvement, here’s a sticker.”

Praise
Be sincere. The latest research shows that constant praise doesn’t have such a good effect as previously thought. Basically you want to cut out the “you’re so smart” and “your such a good ___” and what you want to focus on is effort versus intelligence or ability.

“Praise should deal, not with the child’s personality attributes, but with his efforts and achievements.” -Haim Ginott

Give praise only to specific behaviors.  Avoid labels and be honest.

Peer pressure
Once you have made clear your expectations and rules for the classroom. Your students will help you enforce them. For example: if someone speaks… say Korean and you didn’t hear it the other kids will often rat them out. If someone has misbehaved repeatedly you can subtract points or privileges from the team. Then the team or group will be doing the work on the student for you.

Proximity
Students who talk a lot, are misbehaving, or are not paying attention can usually be controlled using proximity. Remain relaxed and get closer to them, continuing on with your lesson by standing near them. Another way of doing this is to keep an empty chair “next to the teacher” if a student misbehaves then they get to sit next to the teacher. Be slow to offend and quick to forgive.

Respect
Demand respect in your classes. Do not let the kids call each other names. It’s possible you will have some students that you may not like or may just get on your nerves. Regardless of your feelings for them it’s important to treat them with respect. They will be more inclined to do as you say as long as you treat them with respect.

“It takes me about two to four weeks at the beginning of school to establish the policy. I just lay down the law that no one will call anyone names, and I just push respect, respect, respect. I believe that if I respect my kids, they will respect me and I have never found that to be any different. I am not saying I get the best kids, but by the time they leave my classroom everybody wants to have my kids because they have learned respect and manners.”-Celia Carrillo, The Power Of A Positive No, by William Ury

Lastly, remember that the majority of problems in the classroom stem from poorly planned lessons. If your having a lot of problems, take a close look at your lessons and see what can be improved upon. Expect your students to behave. 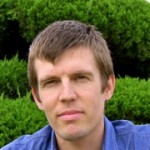 Ian Leahy has taught English in China, Korea and Taiwan. You can learn more about classroom management strategies and how to teach English at his website.