STEM Education is Promoted by Congresswomen 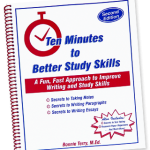 STEM education is promoted by congresswomen in order to empower young women to see themselves in science technology engineering and math careers.

“All I could visualize, to be perfectly honest, was being a teacher, a social worker and a secretary,” said Rep. Susan A. Davis, D-Calif.

The women of Congress are working to change that dynamic and empower young women to see themselves in STEM — science, technology, engineering and mathematics — careers.

The congresswomen joined leaders from businesses, nonprofits and global corporations for a luncheon Wednesday hosted by the nonpartisan Million Women Mentors. The almost 150 people in attendance dined together to celebrate MWM’s efforts to promote mentoring young women in STEM fields.

STEM careers are the fastest-growing jobs in the United States, yet women make up only a quarter of STEM workers.

“There is a disconnect between positions America’s workforce needs and the fields young women are pursuing,” said Rep. Carolyn B. Maloney, D-N.Y.

To bridge the gender gap and bolster the U.S. labor force, female leaders say young girls need to see STEM careers as an option through mentorships and exciting hands-on education.

Reps. Debbie Wasserman Schultz, D-Fla., and Kay Granger, R-Texas, are trying to do just that. The day after the luncheon, the lawmakers introduced HR 4161, the 21st Century STEM for Underrepresented Students Act.

The legislation would use grants from the National Science Foundation to fund research on STEM programs that work to engage elementary- and middle-school students who are typically underrepresented in STEM fields.

“High school and college are often too late to expose students to STEM. That effort must start earlier, and target underrepresented students such as girls, people of color, and those who have historically faced economic or other barriers to STEM achievement,” Wasserman Schultz said in a statement to CQ Roll Call.

Edie Fraser, CEO of STEMconnector and co-founder of Million Women Mentors, said members of Congress are also working outside their chambers to boost women in STEM fields.