Parenting is a lifetime journey full of rich experiences, loving, caring, learning, teaching, observing and shaping the life of an offspring.

Understanding normal child development and the tasks that children need to master at each stage to navigate childhood is of great importance and helps parents and educators tailor their expectations, demands and discipline in such a way that they can be appropriate, productive and support the child in their own journey of growing up.

The following is an outline of the major tasks that children need to master during each period of development and support the parents need to provide for their child to have the most success.

Infancy:
Building a strong bond and a secure attachment between baby and parent is the focus of this period. This is accomplished by being responsive to the baby’s needs. Starting from birth, babies learn who they are by the way they are treated.

Through everyday interactions, touching, holding, comforting, and talking parents, relatives and caregivers send messages like You’re smart. You’re loved.  I enjoy being with you. These messages shape a baby’s sense of self and self-esteem.

While it’s easy to be affectionate when babies are cute and cuddly, it’s also important to nurture babies when they are difficult, fussy, crying a lot or colicky. By supporting babies during their most difficult times, you are letting them know they can trust and rely on you. This makes them feel safe and makes it more likely they will learn to calm themselves as they grow. A well-handled, nurtured, and loved infant develops trust, security and a basic optimism.

Toddler years:
During the toddler years there is a dramatic increase in the acquisition of new skills, language and communication as well as motor abilities. The child becomes capable of satisfying some of their own needs. They gain control over eliminative functions, they learn to use the bathroom, feed, dress and wash themselves and, they begin to explore their surroundings.  They also develop a sense of self awareness and they come to realize that they are separate from others.

This new independence which comes from their newly acquired abilities: walking, talking, and self-sufficiency, fascinates them. They exhibit a great deal of enthusiasm and emotion.Helping them regulate their emotions is a major task for the parent during this time of development. Providing daily structure, routine and giving them notice when a transition is coming helps children anticipate, prepare, and cope with the many changes they have to make each day.

Knowing what to expect helps toddlers feel safe, confident, and in control of their world.
Making a connection between behavior and consequences is a lesson that parents need to teach by developing clear rules and expectations and by establishing methods of age appropriate discipline, such as time-out for inappropriate behavior.

Help your little one understand there are many healthy, non-hurtful ways of expressing feelings. For example, toddlers can rip paper, stomp their feet or throw a foam ball when they are very mad. Children this age need to learn how to deal with conflict and how to solve problems by using verbal language rather than resorting to physical expressions of negative emotions.

School age:
During this time the child learns to master the more formal skills of life: (1) relating with peers according to rules; (2) progressing from free play to play that may be elaborately structured by rules and may demand formal teamwork, and (3) mastering academic subjects and the need for self-discipline. There is increased importance of peer relationships with comparisons of self to peers based on accomplishments and academic achievement.

The main parental tasks are to support the child through his/her new experiences, help the child build a positive self image through encouragement, fair rules and predictable consequences for behavior, and finally assisting the child in navigating social relationships and learning appropriate conflict resolution.

Appropriate discipline deserves a few additional words as it can be a rather tricky area for parents. It is important to keep in mind that the purpose of discipline is not to punish. It is to allow the child to think about the choices made, understand why the choice was poor, and finally evaluating other options and select the best possible one. Essentially the purpose of discipline is to teach that bad choices result in negative consequences while allowing the child to reflect and learn more appropriate ways of responding when he/she finds himself or herself in a similar situation again.

Adolescence:
Adolescence is a time of many transitions and intense change for both teens and their families. Between the ages of 11 to 19 adolescents struggle to master various developmental skills and to resolve conflicts in the areas of physical, cognitive, psychological and social development such as transitioning from childhood to puberty, dealing with sexuality and body image, separating from adult parental figures and moving towards more independence, experiencing an increased scope of feelings, importance of peer groups and engaging in more risk taking behaviors.

To ensure teens emerge into mature and productive adults who have successfully transitioned into accepting responsibility for their behaviors, it is important for parents to understand the process in which these conflicts manifest.

•       Establishing an identity. This has been called one of the most important tasks of adolescence. The question of “who am I?” is not one that teens think about at a conscious level. Instead, over the course of the adolescent years, teens begin to integrate the opinions of influential others (e.g. parents, other caring adults, friends, etc.) into their own likes and dislikes.

•       Establishing autonomy. Some people assume that autonomy refers to becoming completely independent from others. They equate it with teen “rebellion.” Rather than severing relationships, however, establishing autonomy during the teen years really means becoming an independent and self-governing person within relationships. Autonomous teens have gained the ability to make and follow through with their own decisions, live by their own set of principles of right and wrong and have become less emotionally dependent on parents.

•       Establishing intimacy. Many people, including teens, wrongly equate intimacy with sex. Intimacy is usually first learned within the context of same-sex friendships, then utilized in romantic relationships. Intimacy refers to close relationships in which people are open, honest, caring and trusting. Friendships provide the first setting in which young people can practice their social skills with those who are their equals.

•       Becoming comfortable with one’s sexuality. The teen years mark the first time that young people are both physically mature enough to reproduce and cognitively advanced enough to think about it. Given this, the teen years are the prime time for the development of sexuality. How teens are educated about and exposed to sexuality will largely determine whether or not they develop a healthy sexual identity.

As adolescents struggle with all the changes so do parents. These years are often marked with intense emotions, conflicts and disagreements. As they see their adolescent mature physically, parents often assume that the adolescent brain has matured as well. Recent research suggests that teens’ brains are not completely developed until late in adolescence with the incomplete connections between neurons affecting emotional, physical and mental abilities.

Just as teens’ bodies are maturing and their social skills are expanding, their cognitive centers are also in flux. With the help of sophisticated imaging studies we have learned that this maturation process continues well into the early 20’s.

Throughout adolescence, the pre-frontal cortex known as the executive planner of the brain (responsible for weighing risks and benefits, strategic thinking, and impulse control) is under construction, refining its wiring to become more sophisticated. As this construction phase progresses, synapses that normally go through the pre-frontal cortex in an adult brain are instead re-directed to the amygdala, known as the emotional center of the brain.

When this happens, the response is rooted in emotion—fight, flight, freeze, freak out—rather than rationality. The amygdala can also misinterpret others’ facial emotions, perceiving fear or nervousness as anger or hostility.

These processes can alter the ability of adolescents to harness their decision-making abilities, making them more vulnerable to risk-taking and impulsive behaviors. As a parent, when you feel your son or daughter is over-reacting or misinterpreting, you have likely met their developing brain in action.

The parental task is to allow enough room for the adolescent to develop their ‘self’ while providing parameters within which the exploration and growth must occur. Parents need to provide clear guidelines of acceptable behavior and consequences, set appropriate limits and monitor social activities, and internet use.

Dr. Michalopoulou’s profile can be found on the Children’s Hospital of Michigan website at https://www.childrensdmc.org/GeorgiaMichalopoulou 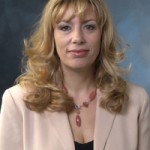 Dr. Georgia Michalopoulou is a licensed clinical psychologist with expertise in the treatment of emotional and behavioral problems of children and adolescents. Dr. Michalopoulou is the Chief of Staff in the Division of Child Psychiatry and Psychology at DMC Children’s Hospital of Michigan overseeing clinical, teaching and research activities in the Division. She also holds a faculty appointment in the Department of Psychiatry and Behavioral Neurosciences at Wayne State University School of Medicine.  Additionally Dr. Michalopoulou is conducting research in the area of ethnic and racial health disparities and she has authored several book chapters and peer review articles published in prestigious journals.