Teaching kids about money is one of the conversations that most middle class parents dread having with their children and often times avoid altogether.  World-class parents, on the other hand, look forward to teaching their kids about money, because they know they are the primary creators of their kid’s belief systems, and they consciously and carefully craft every belief they pass on, especially when it comes to something as important as money.

Where Parents Go Wrong and How to Fix It

The average family unconsciously passes down the same limiting beliefs they were taught about money from generation to generation.  These are the beliefs that have kept families at the same level of financial success for dozens, if not hundreds of years.  The craziest part is these beliefs are rarely, if ever, questioned before they are handed down.

The most financially aware parents teach their kids the truth about money, starting with how misunderstood it is to the general public.  They teach them that it’s right to want to be rich; and it’s also possible for anyone who thinks big.

Some other important lessons world-class parents teach their kids about money:

Above all else, the most important belief parents can instill in their kids is that they are smart enough to earn all they desire.  Regardless of their education level, IQ score, or performance in school, they have everything it takes to become a millionaire.  No sweeter words were ever uttered from a parent to a child that “I believe in you” and “you can do it.”

Survival vs. Getting Rich

The majority of us are taught by our parents, teachers, coaches, ministers and other authority figures how to survive while experiencing as little pain as possible.  The middle class maxim is: get a good education; find a job; get married; have kids and be grateful for what you have.  Not bad advice, but it’s not going to set anyone up for world-class success.

The great ones start teaching their kids early on that life is a tale of two cities: the haves and the have-nots.  They explain how a small percentage of the people own the majority of the wealth, and that most people settle for less than their share.  This education starts early in childhood to make the child hyper-aware of these facts so they can see them for themselves.  Wealthy parents also teach their children the distinctions in thinking between the rich and the poor.

Every parent knows that the best way to teach your kids is by example.  Kids who grow up with working poor parents struggling to stay in the middle class tend to believe this is the way it’s supposed to be.  Money is supposed to be tough to earn and harder to keep.

The great ones get successful and set an example for their kids.  Children of self-made millionaires develop world-class belief systems about money because they watch their parents earning big dollars.  No one can convince them that it’s impossible to be rich because their parents have showed them the way.

The best news of all is that even parents who have failed to achieve their financial dreams can set an example by continuing to try and teach their kids about failure and success.  Even with all the middle class societal influence raining down on kids every day, parents have an unparalleled level of power with their children that can override years of fear and scarcity programming.

Big thinking parents program their kids to dream lofty dreams and prepare them for the work it’s going to take to make them a reality.  They assist their kids in identifying their natural talents and interests and help them build the belief that they can create their own futures doing what they love.

While middle-class parents are trying to get their kids to conform to conventional ways of making a living, world-class parents keep all options open and are willing to break with convention if it serves the best interests of their child.  In the mind of world-class parents, anything is possible, and they pass on this critical belief to their children.  While the masses are content to play it safe, seek comfort and avoid pain, the great ones are living large and teaching their kids to do the same. To them, life is a game to be played boldly and fearlessly, and they always set the example for the little ones who watch their every move. 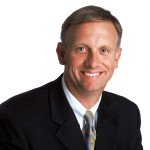 Steve Siebold is author of the new book How Rich People Think, which compares 100 thoughts and beliefs about money between rich people and the middle class.  Siebold is one of the world’s most noted experts in the field of mental toughness training.  His mental toughness clientele includes world-class athletes, Fortune 500 companies, and entrepreneurs.  For more information and to download five free chapter of the book, visit   http://www.howrichpeoplethinkbook.com/