When Will My Child Be a Better Playmate?

Structure and support need to be in place during toddler play activities because they aren’t in control of their emotions and aren’t able to adjust their behavior appropriately. A parent needs to be emotionally available so a child understands others’ emotions and learns empathy, boundaries and appropriate social interactions. A child learns how to relate to other people from watching people interact. Displaying good manners is a learned skill. The way you treat your family and friends is what your child will imitate, not what you tell him to say and do. The following explanations of play behavior may give you a better understanding of the progression of play and how your child is improving in his relationship with peers.  Every child is unique and the age range for his social interaction may differ.  A child’s temperament will play an important role in his ability to be a good playmate.

Social Interaction during Play
When your child is approximately 24 months old, he is transitioning from solitary or onlooker play (self play) to playing near others but not always with them (parallel play). He has been talking to himself as he plays and has had very little social turn taking behaviors. When he was younger and engaged in self play, he was playing with his own toys and not paying attention to the toys the children in his playgroup were using. Transitioning to parallel play, he now wants to play with the same toys as the children around him. This can cause difficulties if there aren’t two toys that are the same in his day care room. He is still not able to control his emotions, and he may demonstrate tantrum behavior if he doesn’t get his way. He doesn’t try to influence the play, and he has little interaction with the children in the surrounding area. Within the same play period, he may learn to hug, grab, push, kiss and bite.  He is recognizing that other people don’t always share his opinions and he is beginning to develop empathy for others as long as they aren’t interfering with his turf. His experience and personality will influence his play interaction with other children.

After 30 months, your child continues parallel play but is beginning to show interest in playing with others in small groups (associative play). He is beginning to use dramatization and imagination in his play through make believe and pretend. He also is discovering symbolic play (e.g., dolls represent mommy/daddy, blocks represent houses, etc.). Learning about a give and take relationship will happen with experience. Your toddler is willing to wait his turn, but he may be bossy in his interaction with others. He is beginning to develop self-control; however, he will still have angry outbursts and tantrum behavior because he doesn’t understand his emotions, and he has limited skill in expressing them appropriately. He can follow through with simple rules and routines, and he is more cooperative in putting his toys away, but he is still easily distracted and may end up playing with toys that he was supposed to put away.

When your child is approximately 42 months old, he will engage in associative play, interacting with other children in small groups. And at this age, he is ready to begin playing in larger groups in structured activities such as kickball and follow the leader.

By 48 months, your child will begin cooperative play and will prefer to play with a companion of his own gender and in groups of two to three children. He suggests taking turns while playing in groups, but he still may be bossy in directing others. This could result in a power struggle with children of his same temperament.  Increasing in dramatic play will allow your child to be creative with his playthings; which will increase the complexity of his play interactions. Also, because he isn’t able to differentiate between make believe and reality, he may not tell the truth about a sibling or playmate so he can benefit from the situation. Emotions appear to be better controlled, but he may still have occasional outbursts. Developing language to express his feelings will decrease frustration and increase empathetic skills. He is able to understand simple rules and consequences for his behavior, but he is still limited in games that require more advanced organized skills. Your child may respond in a silly manner and he may purposely do things wrong to get a laugh or a reaction. Humor and a happy attitude increases social interaction.

Throughout his childhood, your child continues to need independent play to increase his own playful learning, independence and creativity. As your child becomes older and improves his communication skills, solitary and parallel play becomes less common and associative and cooperative play become the norm in interactions with his peers. 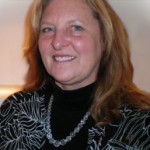 Kathy has 35 years of child development experience and is the author of the My Baby Compass series. She is certified by the American Speech and Hearing Association (ASHA), holding both bachelor’s and master’s degrees in speech and language pathology. She gained her clinical expertise working with children and adults with a full spectrum of communication disorders.

Working for United Cerebral Palsy in an inclusive child development center, Kathy provided therapy in the classroom and facilitated educational, nurturing relationships between parents and their children, which inspired her ideas for My Baby Compass. Her down-to-earth, approachable style makes this program accessible for all parents and caregivers.  Kathy and her husband live on a farm in Weddington, North Carolina, where she is completing the last book of the My Baby Compass series. These books can be purchased on Amazon.com.

Above is Adapted from Book 2, My Baby Compass