“You Plejjer What?” – How Sound Awareness Affects Your Child’s Reading

Many things distract and affect your child’s reading.

If you’re like most Americans, you spend much of your time and energy monitoring the TV, music, and even friends, of your young children.  Have you ever really listened, though, to what they’re pledging their affection and loyalty to in their classrooms on a daily basis?  Across the nation each morning, hundreds of first graders stand at attention, their little hands placed earnestly over their hearts, announcing with solemn conviction the following pledge:

I plejjer legions to the flag

Of the United States of America.

One nation, on a god,

And Justins for all!

No, this is not the oath of an underworld society growing membership by promising free liver trees and friends named Justin to its followers! It is, instead, the way some of our children are reciting our country’s Pledge of Allegiance.  Teachers have obviously been presenting the pledge correctly; as most of the students in the classroom have heard and learned the pledge with no problems.  What is it that’s causing some of our children to have such difficulty learning not only the Pledge of Allegiance, but any language-related matter, such as names, poems, songs, and stories? Can’t they hear what’s being said to them? Are their ears failing?

For most of these children their ears are hearing well enough, but they are having difficulty processing the sounds that they hear.  Weakness in processing sounds, or phonological awareness, is a brain-based disability. Having difficulty processing the individual sounds in words, specifically, is referred to as having phonemic awareness weakness. People with phonemic awareness have trouble noting the number, similarity, and order of sounds in words, and this greatly affects their ability to learn to read.

Many parents are unaware of the signs that a child has phonemic awareness weaknesses. Observing how a child writes, reads, or even speaks, can be the first clue. Like the students misquoting the Pledge of Allegiance, children with phonemic awareness difficulties often mix up letters and sounds within words. They might omit sounds, pronouncing “frustrated” as “fustrated,” or add sounds, reading “lit” as “lint.” Mixing up sounds in words, children could try to write the word “pats” by printing “past,” or pronounce “animals” as “aminals.”

Reading this article, many may be thinking, “But all young kids mix up the sounds in words when they talk! I think it’s cute!” It’s really not unusual for normally developing children to make many of these errors in the pre-school years, saying “pasghetti” for “spaghetti” or “breafkast” for “breakfast,” but if a child is making these errors much more frequently than his or her peers, or if these errors tend to linger through kindergarten or first grade, when most children pick up the correct ways to write, read, and pronounce these words, it may be a red flag that a child has phonemic awareness weakness.

It only makes sense that if a child has difficulty processing the sounds in the spoken word then he or she is going to have difficulty linking those confusing sounds onto letter shapes, making the critical skill of phonics a challenge and a source of great frustration.  Affected children may have difficulty learning letter sounds and sounding out words for reading and spelling.

There are a few quick and easy screenings for concerned parents and teachers.  Start by showing the child a page of printed letters and asking the child to say each letter’s sound. Testing necessary phonemic awareness skill of blending, say three letter sounds, such as “p – a – t,” and ask the child to blend them into a word (the answer being “pat”).  To test the child’s ability to segment, or break a word into its individual sounds, say a word, such as “mop,” and have the child tell you what sounds make up that word (the answer being “m – o – p”). To understand if a child is able to sound out words give a list of nonsense words, such as “mov,” “bem,” “tib,” and “pab,” to read. Using nonsense words, instead of real words, will assure the parent or teacher that the child is actually sounding out the words, instead of recalling them from memory as sight words, which is what might have happened if the words listed were real, such as “mop,” “lip,” and “not.”

If a child has problems with phonemic awareness and phonics, is he or she doomed for reading failure? That is not the case, according to current research.  Training phonemic awareness and phonics with the appropriate teaching methods and materials, and at the intensity needed, can bring reading skills to average levels.  It is best to intervene early, before a child has developed poor reading and spelling habits, and before he or she develops a negative attitude about reading.

One of the most successful methods of boosting a child’s phonemic awareness and phonics skills is teaching letter sounds and then manipulating (moving around) those letters in word building activities.  To develop reading skills, parents could put out the word “hop” and have the child point to each letter and sound out the word. Then the parent could change one letter, changing “hop” to “mop,” for example, and have the child point to and read the new word. To build spelling skills, a parent could put out the word “tap” and ask the child to change one of the letters to make it say “top.” After the child changes the letter “a” for an “o,” the parent could ask the child to make it say “map.” This word play not only strengthens the letter sound connections, but also improves phonemic awareness skills, reading, and spelling.

Children with short term memory or visual weaknesses may have struggled learning and naming colors, shapes, and letters, and may also have a tougher time learning letter sounds. These children typically benefit from an approach that uses more than just drill to learn the letter/sound connection. A multisensory approach, one that uses pictures, hand movements, music, stories, and memory cues is often more effective.  By accessing different parts of the brain, the multisensory approach taps into a child’s strengths, compensating for his or her visual/memory sound weaknesses. Once letter sounds have been learned, the letters can then be manipulated in the “word play” reading and spelling activities mentioned above.

Once children have strengthened their phonemic awareness and phonics skills, they can concentrate on the other, higher levels of reading development – fluency, vocabulary, and comprehension. Taken step by step, each skill builds upon the foundation already built, and reading becomes the enjoyable, informative activity it was meant to be.

Sometimes, with children who seem to have phonemic awareness weakness and/or difficulty learning letter sounds, reading, and spelling, the parents’ best course of action is to notify the children’s teachers, speech pathologists, or doctors to get the testing and services needed.  One of the biggest mistakes is sitting back and hoping that the skills will just come on their own with age. There are adults who continue to struggle to read because their phonemic awareness and phonics skills “just never came.”  It’s never too late to get help, but time is of the essence, and every reading disability avoided is a life changed.  It’s best to build those critical skills before a child develops poor reading and spelling habits, and even more importantly, before the he or she grows old and starts to develop “very close veins” like Grandma! 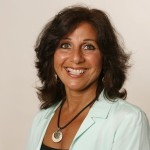