A Compass is Not a Map: Parenting Generation iY to Find Their Future

This article is an excerpt from author and parenting expert Tim Elmore and his book Generation iY: Our Last Chance to Save Their Future.


Whenever I have to travel to a new city, I want to have a map or, better yet, a Global Positioning System in my car.

These tools can keep me from getting lost and direct me to my destination. I can’t tell you how many times I’ve been in a new territory and that GPS saved me.

There was a time, however, when I found myself in a place where neither a map nor GPS could help.

I was in a remote part of Canada where there were no signs and not even any roads. No maps were available for this territory, and if I had had a GPS device—which I didn’t—it would have had to furnish directions using landmarks like trees or hills. I was, quite literally, in deep weeds. Conventional tools couldn’t help me navigate in that situation. The only tool that could’ve guided me was a compass.

No matter where you are, a compass can tell you where your true north is. It can direct you when all else fails. And that’s what you and I as parents need as we interact with Generation iY today, because we are now in uncharted territory.

We’ve never faced a parenting challenge quite like this rising generation, nor have we faced quite so many baffling questions—including the ones rolling around inside of me as I write this article:

Then there’s the $64,000 question: What do we do when parenting Generation iY back on course and keep them there?

How do we prevent ourselves from being overwhelmed by the problems? How can our parenting begin to address the issues?

Let me tell you a story that may suggest an answer to this dilemma—or at least inform our approach to parenting.

Run to the Battle! 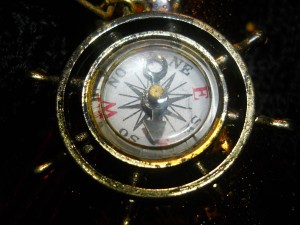 In 1862, a young man named Joshua Chamberlain from Bangor, Maine, signed up to fight for the Union army. He had no training as a soldier; in fact, he was a college professor by trade. But there was a civil war going on, and the Union needed him, so he enlisted and was commissioned as a lieutenant colonel.

In the summer of 1863, Chamberlain was ordered to march his troops to Gettysburg in pursuit of General Lee. By this time he was a full colonel and had seen firsthand the horrors of battle and its aftermath. He’d negotiated with disgruntled soldiers, buried the dead, tended the wounded, and prayed with the survivors. He thought he’d seen the worst of war. But more was yet to come.

The Battle of Gettysburg proved devastating for Colonel Chamberlain and his regiment. In wave after wave of confederate attacks, he lost all but eighty of his men and all his ammunition. But when several of Chamberlain’s officers asked when and where they should retreat, he shook his head. Retreat was not in his vocabulary. He had the men sit down so he could think.

It was during these hours that the Confederates were joined by two new regiments from Alabama and Texas and decided to attack. A Union lookout boy saw them coming and signaled to Colonel Chamberlain.

It was at this point that Joshua Chamberlain commanded his men to do the illogical. You might even call it the impossible. With only eighty men and no ammunition, he sounded the cry to attack. His soldiers were stunned, but they followed his orders, jumped the wall, and ran to the battle.

To the shock of every one of his men, they won. The Confederate soldiers saw those Union soldiers running toward them at full speed, shouting at the top of their lungs, and they became paralyzed. They laid down their guns and surrendered.

Moments afterward, a young Union private was holding a hundred confederate soldiers at gunpoint. When Colonel Chamberlain walked by, the private whispered to his officer, “I don’t got no ammunition!” Leaning into him, Josh Chamberlain whispered back, “I know it, but don’t tell them that!”

I love that story for many reasons. First and foremost, however, is its pertinence to the challenges we face with Generation iY. We can learn some valuable lessons from Josh Chamberlain:

If we could talk to Joshua Chamberlain today, I suspect he’d tell us he shouldn’t have been able to do what he did. The odds were stacked against him. Like us, he felt he had little to work with. He had no formal training for what he was required to do. He was outnumbered and out-resourced. But somehow he knew that to run or to hide wouldn’t solve the problem. He decided the best defense was a good offense, and history has confirmed his decision.

That’s exactly what I believe we parents need to do as we consider theparenting challenges of guiding the next generation. To simply sit still and hope for the best would be disastrous. To run and hide would be worse. We must play offense, not defense. We must take whatever action is necessary to secure a healthy future for our kids and for ourselves.

This article is an excerpt from parenting expert and author, Dr. Tim Elmore and his book Generation iY: Our Last Chance to Save Their Future 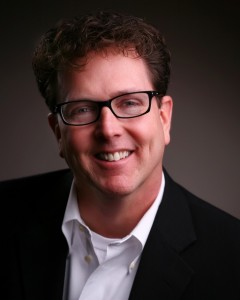 Dr. Tim Elmore is an author, speaker and generational leadership expert with more than 30 years of experience working with parents and students. He is the President of Growing Leaders, a non-profit organization that addresses the challenges of understanding and mentoring the younger generation.

Dr. Tim Elmore is the founder and president of Growing Leaders, an international organization created to teach parents, educators and youth workers how to mentor Generation Y into tomorrow’s leaders.

He and his team coach middle school, high school and college students on the skills they need to become successful in life with a huge potential to transform society.

He also hosts parenting events in communities throughout the U.S., sharing insight, encouragement and practical steps on how to creatively parent teens today. Popular topics include identifying and overcoming damaging parenting styles, speaking the same language, understanding your teens’ greatest needs, and equipping them for today’s society.

Dr. Elmore is the new official parenting expert at HowToLearn.com.  We are delighted to welcome him and you may ask him questions on parenting.