What is autism exactly, and how common is it?

The numbers on autism keep going up.

According to the Centers for Disease Control (CDC),  the prevalence of autism spectrum disorders (ASD) in 2009 in the United States was one in every 110 births (up from previous estimates of one in 150) and almost one in seventy boys (up from one in every ninety-four in  2007).

Autism affects all races and has “no special respect or preference for social class, religion, or income level.”

The phenomenal rise in autism diagnoses has been widely discussed on television and in the press.

(see Cowley, 2003; National Survey on Children’s Health, 2007), so more people are becoming aware of the prevalence of autism, which includes you.

Maybe you heard about it from the preschool teacher or, maybe, it was from a stranger on the playground, or maybe it’s just your gut telling you there’s something different about the child you brought into this life.

However it has come to your attention, you are concerned and you want to have your child checked out.  Or – let’s be honest here – you’re a little afraid too.

Some things you may have noticed (or had pointed out to you) could include:

There is a lot that you can — and must — do to help your child to reach his potential.

(We alternate between “his” and “hers” because the majority of children currently being diagnosed with autism are boys but one of the authors of this article has a daughter with autism. Don’t let your child’s gender stop you from checking out the possibilities.)

Is it Autism?  Finding Some Answers 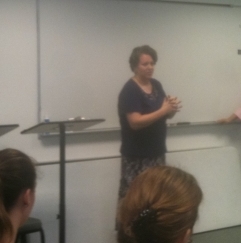 Now, let’s discuss whether there’s really something to worry about and what to do.  Where do you turn?

It is important to get a good assessment from a qualified professional who can diagnose or rule out autism by comparing your child’s behavior to a set of symptoms that have been established as the diagnostic criteria. Assessments are conducted by psychologists, developmental pediatricians, developmental neurologists, and child psychiatrists. The professional should be well trained to recognize the symptoms of autism.

Testing usually consists of interviews with you, your child, your child’s teachers, and, possibly, other individuals who know your child well. There should be questionnaires that ask you to describe your child’s behavior and his development since birth. If there were complications during the pregnancy, be sure to let the professional know. Most importantly, there should be observations of your child in a variety of activities. That is why it is important to go to someone who is very familiar with autism and other behavioral disorders that affect children.

Who Do You Trust?  Finding the Right Professional to Assess Your Child

How do you know who to trust with something of such importance?  Two words:  trust yourself.  It is imperative that you and your family be comfortable with the physician or psychologist who will assess and treat your child.  We strongly recommend that you start with a personal recommendation. You may want to ask your child’s pediatrician, the psychology department of your local college, your school district (even for children younger than school age), or an autism support group.  You may need to meet with two or more professionals before you find the one who can help you and your child.

It is often difficult – and scary – to seek help; the help that you find should be effective.  You should know within a few sessions if you have found someone who can offer useful guidance to your child.  Listen to your instincts. Does this doctor seem like a good fit?  Can you picture your family returning to her again and again for advice on difficult, personal, and painful challenges?  The professional knows a lot about autism, but you know your child.  Your doctor isn’t going home to live with you 24/7. The expert you choose should recognize that you know more about your child than he does, and should be willing to listen to you and respect what you have to say. You will be glad in the long run – and even in the short run – to have knowledgeable, compassionate help.

If you are like most parents, you may be second-guessing yourself, feeling inadequate and worrying that you should have sought information and help sooner – no matter when you begin to seek help.  You are dealing with a significant challenge and a lot of unknowns, so give yourself a break and be willing to accept help.

What Does this Mean?  A Quick Rundown of the Autism Spectrum

It may be helpful to think of Autism Spectrum Disorders (ASDs –also known as Pervasive Developmental Disorders) as falling on a continuum or a spectrum.

Autism is at one end and is the most severe type of ASD. Children with autism have unusual behaviors that are repetitive and stereotypical, as well as very restricted interests and activities. They have severely disordered verbal and nonverbal language, and as many as half of them never develop any type of language. Autism is also characterized by impairments in social interaction that include poor eye-to-eye gaze, lack of social or emotional turn taking, and a failure to develop relationships with peers. The play of children with autism lacks imagination and creativity. Most children with autism also have delayed intellectual abilities (American Psychiatric Association [APA], 2000).

Autism appears four to five times more often in males than females; however, females with autism are more likely to be severely mentally retarded (APA).

On the other end of the autism spectrum or continuum, children with Asperger’s Disorder generally have age-appropriate expressive and receptive language skills and average intelligence or above. They have difficulty using and understanding nonverbal behaviors, however, and their pragmatic (social) language skills are typically impaired. As a result, social interactions are quite difficult for them.

Children with Asperger’s Disorder typically have an overwhelming preoccupation with one or more topics (e.g., dinosaurs, skyscrapers, Egyptology, etc.) and are inflexibly bound by routine. They may have stereotyped mannerisms and/or a persistent preoccupation with parts of objects. This form of ASD also appears more frequently in males (APA, 2000).

The diagnosis Pervasive Developmental Disorder Not Otherwise Specified (PDD NOS) is given to those children who have some symptoms of an ASD, but not enough for a full diagnosis. This diagnosis, also known as atypical autism, is used when children have unusual symptoms or when their symptoms become apparent at a later age than is typical (APA, 2000).

This diagnosis is frequently given to young children who do not clearly meet the diagnosis for Asperger’s, but who probably will have that diagnosis when they are older.  There is a move afoot in the professional community to eliminate the diagnoses of Asperger’s Disorder and PDD-NOS, and simply include all of the features discussed above under an autism diagnosis.

As a starting point, it may be helpful to remember: whichever of these terms are used, they are a descriptive starting point because each individual is unique.

We don’t want to minimize the impact of autism, because it is life-changing for a family.  On the other hand, it really does get better from here, and we urge you to reach out for support.  Every community (not to mention the Internet) has a support system for families living with autism, and you will need the friendship and the hope, as well as the concrete information. 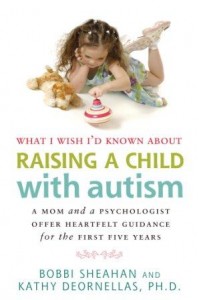 We hope that our introduction – which is only intended as a starting point — has been of some help to you, and we hope that you see that you are not alone.  If you have questions or feedback, you are invited to contact us at me@bobbisheahan.com.

Bobbi Sheahan and Kathy DeOrnellas, Ph.D., authors of What I Wish I’d Known About Raising a Child With Autism; A Mom and a Therapist Offer Heartfelt Guidance for the First Five Years (Future Horizons, 2011).  It is available at www.fhautism.com and wherever books are sold

Autism Fitness In Your Classroom