Is Adult ADHD Hurting Your Marriage? How to Turn Your Troubled Relationship Around

Is adult ADHD in your marriage?  Since most adults who have ADHD are undiagnosed you might be one of the millions of people whose marriages are hurt by the presence of “hidden,” and unmanaged ADHD.  But if you learn what ADHD looks like in a relationship – and it creates very specific patterns – then you can dramatically improve your life together.

Attention Deficit Hyperactivity Disorder, or ADHD, affects about 5-7% of adults, though the majority who are impacted have yet to be diagnosed.  The most prominent symptoms in adults include chronic distractibility, disorganization, and an inability to plan well.  Most adults with ADHD are not hyperactive (the “H”).  Those who are, though, add ‘excessive restlessness’ and ‘have difficulty awaiting their turn’ to the symptom list (among other things).  It’s important to note that ADHD is about brain chemistry – specifically about not having enough of certain neurotransmitters, including dopamine.  It is not about “not trying hard enough” or being lazy.

As you might expect, distractability, difficulty organizing and following through on tasks, and restlessness can hurt your marriage.  A lot.  In fact, research suggests that marital problems for couples faced with ADHD build until almost 60% of these marriages are clinically dysfunctional.  The divorce rate for older adults who have ADHD is almost twice that of those who don’t have ADHD.

It doesn’t have to be this way.  New efforts to understand ADHD in marriages provide hope for the millions of struggling couples.

What’s most important to understand is that ADHD symptoms introduce some very specific patterns into adult relationships which are often plagued by anger, frustration and hopelessness.

But if you know the patterns, you can change this – turning your relationship around with knowledge and intentional interactions.  My husband and I had this experience, and I now see it repeatedly in the ADHD-impacted couples I consult with and teach.

So what are some of the patterns when ADHD is in your marriage?  Let’s explore a few:

Misinterpretation of ADHD Symptoms:  Good communication between spouses isn’t just a matter of saying the right words.  Correct interpretation is critical, and in this realm couples dealing with ADHD may fail miserably due to their hidden differences.

Here’s an example.  One of the hallmarks of ADHD is distractibility.  If your partner is so distracted by everything around him that he rarely pays any attention to you, it’s easy to believe that he no longer cares about you. But the reality would be that he genuinely loves you…he’s just distracted because he has ADHD.

Which leads me to another pattern when you have ADHD in your marriage: 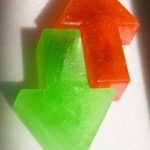 Symptom/Response/Response:  In the previous example, the wife’s response to being ignored might be to become depressed, disconnected, or angry.  She might turn her anger on her spouse.  Since he’s not intentionally ignoring her, he will likely respond to her anger with confusion or, perhaps anger back (a natural defensive response).  Since what she’s looking for is empathy, not his anger, his response will make her even angrier.

All of this pain and anger could be avoided if the couple knew that they had ADHD in their marriage.  In that case, both would understand that the symptom distraction was the problem, and they would respond not with anger, but by scheduling a date to be together or perhaps by taking a weekend away so each could spend time “attending” to each other.

From this example you can see that it’s a mistake to “blame” the ADHD partner for the problems that a couple faces when one or both of them has ADHD.  Both partners play important roles in their problems, through symptoms and responses to symptoms, and both partners must be involved in changing their relationship.  They each have choices to make – some choices and responses are far better than others.

A third important pattern when you have ADHD in your marriage is the Chore Wars. Time Magazine’s recent cover story (8/8/11) suggesting that women and men work the same amount misses the point for the large cohort of men and women struggling with ADHD in their relationships.  The specific symptoms of ADHD – distractibility, disorganization, difficulty planning and, for some, poor memory – directly impact the distribution of household and family responsibilities in ADHD-impacted relationships.  In fact, one of the “hints” that ADHD might be impacting your relationship is a wildly uneven distribution of chores.  Until ADHD symptoms are under control, most non-ADHD partners find themselves responsible in some way (either doing or nagging) for almost ALL the home responsibilities.  This leads to huge amounts of resentment and discord and is one of the key factors leading to non-ADHD partners feeling unloved (another misinterpretation) and unsupported (often true until ADHD is diagnosed and treated effectively).

In all, there are twelve specific patterns you will find when you have ADHD in your relationship, which I lay out in my book, The ADHD Effect on Marriage:  Understand and Rebuild Your Relationship in Six Steps.

So what to do?

I suggest that couples take six specific steps to better understand their relationship, the impact that ADHD has on it, and how they can work together to turn it around.

Step 1:  Cultivate Empathy for Your Spouse

You are much more different than you realize, and when ADHD is in your relationship (particularly undiagnosed ADHD) it is likely you are both suffering.  Get educated about ADHD, and what it looks like in your relationship for both of you.  When you fully understand your partner’s struggles you are more likely to be able to be empathetic and thoughtful about how the two of you interact.

The “obstacle emotions” of anger, fear, denial and hopelessness run strong in these relationships once they’ve become derailed.  Each spouse needs to assess the role that his or her own obstacle emotions play in hindering the relationship and take responsibility for moving those emotions out of the way.

Step 3:  Get Treatment for You Both

Like a footstool, effective treatment for and adult with ADHD has three “legs.”  All three legs are needed for optimal treatment.  The first leg is making physical changes to the chemistry of the brain (since ADHD is most often a chemistry issue).  This “leg” may include medication, but also exercise, fish oil, nutrition, sleep and more.  Good treatment in this area enables effective progress in legs two and three.

The second leg is making behavioral, or habit, changes.  This typically means creating external structures that compensate for lack of organization, distractibility or impulsivity.  For example, you might create an audible alarm reminder system in which you program your cell phone to remind you when to start all your important tasks in order to combat forgetfulness or distraction.

The third leg is making changes to how you interact as a couple.  There are specific conversational techniques, such as creating verbal cues for repetitive or emotional issues, that can help couples avoid some of the problems introduced by ADHD symptoms.

In addition to the verbal cues mentioned above, there are specific, ADHD-friendly ways to communicate more effectively around chores, interruptions, disagreements and more.  One of my favorites is the “learning conversation,” which is a specific type of structured conversation for difficult or emotional topics designed to help you each “hear” better when you are at an impasse.  In a learning conversation, a spouse cannot “rebut” or respond to their partner until it is clear that they fully understand the nuances of what their partner is trying to say.

Step 5:  Set Boundaries and Find Your Own Voice

Through an investigation of who each of you is when you are your “best self,” each member of a couple can reconnect with the best of how they wish to live their life and create a set of boundaries, or rules, by which they will get there.  These boundaries dictate your own behavior, and create clarity in the relationship in terms of how to treat your partner and what the most important changes are that need to be made.

Step 6:  Reignite Romance and Have Some Fun

You may not realize it, but there is actually science behind what you can do to reinvigorate your romance after a tough period of dealing with ADHD in your marriage.  For example, doing something new and challenging with your partner will connect you more quickly than simply spending time together.

Your sex life has also probably been impacted by either specific ADHD symptoms such as distractibility or by the presence of anger, nagging or frustration in your relationship.  Moving through steps one through five can help you rebuild the trust you need to start making your sex life more fun again.  I often suggest that my couples “shake things up” with new experiences to refresh their intimate relationship.

So is adult ADHD in your marriage?  Perhaps.  Check for these specific signs:

One partner who is “consistently inconsistent” (symptom: difficulty initiating or following through on tasks)

A child with a diagnosis of ADHD (it’s heritable)

If you see these signs, then you may wish to consider whether you have adult ADHD in your marriage. 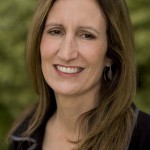 Melissa Orlov is the author of The ADHD Effect on Marriage, named best psychology book of 2010 by ForeWord Reviews.   A marriage consultant, she helps ADHD-affected couples from around the world rebalance their relationships and learn to thrive.  She also teaches marriage counselors and other professionals about effective marriage therapy for couples impacted by ADHD.  Orlov writes for ADDitude Magazine, blogs for Psychology Today, and blogs at www.adhdmarriage.com.  She has been interviewed on the topic of ADHD and marriage by the New York Times, CNN, Today, US News and World Report, CBS, AOL and many others on the topic of ADHD in your marriage.