Pausing To Remember and Heal On September 11, 2001

Ten years ago on September 11, 2001 we sat transfixed watching telecasts of planes flying into the World Trade Center and Pentagon along with the crash site in Shanksville, Pennsylvania.

In the aftermath of September 11, 2001 we lost our sense of well-being, gave up some of our civil liberties in the name of security and pushed on.

To this day and always we grieve the dead thank God for first responders everywhere and raise up our monuments.  We also pray for America now so changed by the events of September 11, 2001.

That same evening, President George W. Bush addressed the American people saying, “Today, our fellow citizens, our way of life, our very freedom came under attack in a series of deliberate and deadly terrorist acts.

The victims of September 11, 2001 were in airplanes, or in their offices; secretaries, businessmen and women, military and federal workers; moms and dads, friends and neighbors.  Thousands of lives were suddenly ended by evil, despicable acts of terror.” 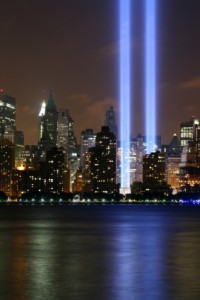 And we will never forget those acts of terror nor let our guard down from that ominous day September 11, 2001.

One trip to the airport makes that clear as folks line up handing over water bottles, removing belts, shoes, and outerwear, piling electronics and carry-ons on conveyor belts, and allowing themselves to be patted down—or submitting to full-body scans.

Meanwhile, along with airports, scanners are now commonplace in many public buildings, including our courthouses and historic sites–and their use may eventually be expanded further.

Says U.S. Secretary of Homeland Security Janet Napolitano, “I think the tighter we get on aviation, we have to also be thinking now about going on to mass transit or to trains or maritime.”

As Clifford Chanin, the acting director for the National September 11, 2011 Memorial and Museum in New York City, once remarked, “It is now a factor in what the world has become and what it will become.”

Even now as we prepare to commemorate the tenth anniversary of September 11, 2001 comes word of threats to both New York City and Washington D.C. involving bombings.  Indeed, says the Department of Homeland Security’s Matt Chandler,

“In this instance, it’s accurate that there is specific, credible but unconfirmed threat information.”

Despite such threats, however, we go about the business of our daily lives, though watchful and very much changed.

And on Sunday, September 11, 2011, as a nation we will collectively give pause, gathering in places of worship and at memorials, none more important than the field in Shanksville or in the place where once the World Trade Center stood tall, then fell to the ground and became known as Ground Zero.

In its place is now the 9/11 Memorial featuring two large waterfalls and reflecting pools, “each about an acre in size and set within the footprints of the original twin towers.”  Within the 16-acre site is also a Memorial Glade filled with 400 swamp white oak trees and a small clearing for gatherings and special ceremonies.

The site also features a Memorial Museum which “is to bear solemn witness to the terrorist attacks of September 11, 2001 and February 26, 1993.”  It also recognizes all who survived, those who risked their lives to save others, and the impact that terrorism has had on all of us.

And so the healing goes on… 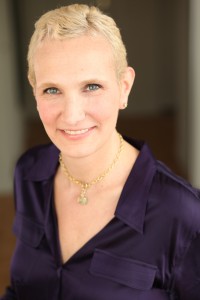 Carol A. Josel is a Learning Specialist and founder of SchoolWiseBooks.Com. She also writes for Examiner.com on parenting and has one of HowToLearn.com’s Top 101 Best Websites. Along with all U.S. citizens she too remembers and is healing from the attacks on September 11, 2001.