A Parent’s guide to the Whooping Cough Vaccine

Why should I vaccinate my child for Whooping Cough?

Whooping cough, also known as pertussis, is a very contagious disease caused by a type of bacteria called Bordetella pertussis. Among vaccine-preventable diseases, pertussis is one of the most commonly occurring ones in the United States. It can cause serious illness?especially in infants too young to be fully vaccinated.

In 2010, 27,550 cases of pertussis were reported in this country but that figure is considered low since many cases are not reported. Twenty-seven deaths were reported – 25 of these deaths were in children younger than 1 year old. Since the 1980s, there has been an increase in the number of cases of pertussis, especially among teens (10–19 years of age) and babies younger than 6 months of age. The best way to prevent pertussis is to get your child vaccinated.

What are the symptoms of Pertussis in infants and children?

Initially symptoms can include runny nose or congestion, sneezing, and maybe a mild cough or fever, so it can be confused with the common cold.

After a couple of weeks, severe coughing can begin leading to coughing fits that continue for weeks. The coughing can become so extreme that the air is gone from the lungs and the infected person is forced to inhale with a loud “whooping” sound.  In infants, the cough can be minimal or not even there.  Infants may also experience apnea, which is a long pause in the child’s breathing pattern.

What are the complications associated with Whooping Cough?

Pertussis can cause serious illness for people of all ages but is the most severe for babies.  According to the Centers for Disease Control (CDC) more than half of infants younger than 1 year of age who get the disease will be hospitalized. About 1 in 5 infants with pertussis get pneumonia (lung infection), and about 1 in 100 will have convulsions. In rare cases (1 in 100), pertussis can be deadly, especially for infants.

How effective is the vaccine?

Pertussis vaccines are very effective but not 100% effective. Like many infectious diseases, if the disease is circulating in the community, there is still a chance that a fully vaccinated person can develop it. When you or your child develops a cold that includes a prolonged or very severe cough, it may be pertussis. If a parent has concerns it is best to contact a doctor.

The good news is  there is a high vaccine coverage for children nationwide. The bad news is that  protection from the childhood vaccine fades over time. Adolescents and adults need to be revaccinated, even if they were completely vaccinated as children.

What are the vaccine recommendations for infants, children and pre-teens in the U.S.? 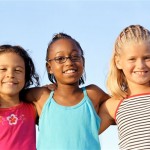 The recommended pertussis vaccine for children is called DTaP. This is a safe and effective combination vaccine that protects children against three diseases: diphtheria, tetanus, and pertussis. For the best protection against pertussis, children need five DTaP shots. The first three shots are given at 2, 4, and 6 months of age. The fourth shot is given between 15 and 18 months of age, and a fifth shot is given when a child enters school at 4–6 years of age. If a 7-10 year old is not up-to-date with DTaP vaccines, a dose of Tdap should be given  before the 11-12 year old check up.

Vaccine protection for pertussis, tetanus, and diphtheria can fade with time in pre-teens and adolescents. Pre-teens going to the doctor for their regular check-up at age 11 or 12 years should get a booster shot, called Tdap. Teens and young adults who missed getting  a booster as a pre-teen should get one dose when they visit their health care provider.

What are the potential side effects of the vaccines?

About half of those vaccinated will experience mild reactions such as soreness where the shot was given, fever, fussiness, reduced appetite, tiredness, or vomiting. Some children may experience a temporary swelling of the entire arm or leg where DTaP was given; this reaction is more common after the fourth or fifth dose of DTaP but does not indicate that it will happen again after the next dose.

In rare cases (about 1 child out of about every 10,000 shots given) children have moderate reactions such as prolonged crying, fever of 105 degrees or higher, or seizure (convulsion).  Serious allergic reactions can occur but this is extremely rare (less than 1 out of a million vaccine doses given).  Studies have shown that children who receive the Hib vaccine in combination with or at the same time as the DTaP vaccine are no more likely to experience side effects than children who only receive the DTaP vaccine.

Evidence does not support DTaP vaccines as a cause of asthma, autism, type 1 diabetes, brain damage, or sudden infant death syndrome (SIDS). Severe encephalopathy (brain injury) within 7 days after DTaP vaccination is usually explainable by another cause but is also considered a reason to omit the pertussis component in subsequent doses of vaccine.  Additionally, any child who had a life-threatening allergic reaction after a dose of DTaP should not get another dose. 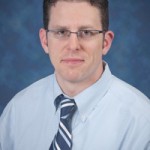