How To Be A Better Father During Poor Economic Times

Tom Watson reveals tips on how to be a better father during poor economic times.

He knows what it’s like not to have time to spend with your kids as many of us do.

“It used to sting me when I was working hard at building my business and I’d hear my kids talking about me,” he said. “One would ask the other to see if I had time to play with them, and the other would tell him not to bother, because he knew I’d be too busy.

It was like a knife in my heart. With the economy as difficult as it is, I know that I’m not the only father with the same issue. These days, many fathers are either unemployed and working hard to find work or they are working two jobs or more just to make ends meet. Either they don’t have much time for family, or they just aren’t in the mood for family because they are despondent or feeling helpless as a provider.”

But, it doesn’t have to be that way, according to Watson, author of the autobiographical Man Shoes: The Journey to 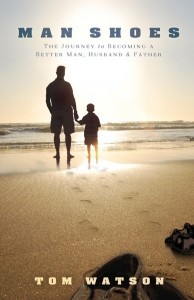 Watson’s tips for how to be a better father during poor economic times:

“Life is a choice and the person you choose to be is in your control. No matter the hand you may have been dealt, there are no excuses,” Watson added.

“I grew up as an orphan and I acted out a lot, because I lacked the guidance of a family until I was finally adopted,” he said. “And even when I found stability with my adoptive parents, the Watsons, it took some time for me to settle down. Having shoes on my feet, clothes on my back and food on the table were all good things, but it wasn’t those things that soothed me as a child. It was the time, love and attention I received from the Watsons that put me back on course and that’s what every child needs.

This kind of stability showed me how to be a better father during poor economic times.

While it may seem to some that working hard to provide for their families is their primary responsibility as a father, that’s just not so.

Children are adaptable and can do without material things more easily than they can do without the love and attention of their parents. If my experience meant anything to me, it showed me that it takes more to be a dad than to just bring home the bacon. It’s not enough to just do for your children – you have to be with them, too.” 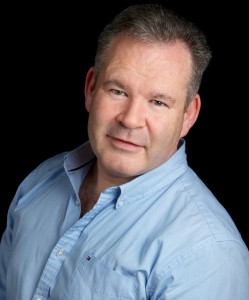 Tom Watson is a survivor of child abuse, upheaval and 13 foster homes, so he learned how to overcome adversity at an early age.  Later in life, Tom was faced with heartbreaking tragedies which threatened to destroy him.  He drew from previous life lessons to persevere and show that new beginnings are possible at any age or stage of life – no matter what obstacles get in the way

In his new book Man Shoes: The Journey to Becoming a Better Man, Husband & Father Tom outlines how to be a better father during poor economic times.