You might have learned from parenting classes or other sources that the best way to raise a teen is to avoid discussing your years as a teen.  Meaning don’t reflect on your habits and mistakes, simply focus on your teenager’s.

Well that’s stupid. I mean seriously, who thought the best way to talk to teens would be to act like you never were one?

After all, it’s great to learn from your mistakes, and even more so to learn from the mistakes of others. So then why wouldn’t the same ideology apply to your teenager? I know some fear that sharing their mistakes and bad habits will some how lead to their teenager lowering their own standards, because “hey if mom and dad did it, I can too.”

But teenagers don’t operate like that. Unless of course you glorify your past use of drugs, that might cause a different result. However, if asked about your past drug use, be honest. Don’t act like you were a perfect angel (unless you were) and deny all past use. We’ll just feel like you’re a species all your own and can never live up to your standards.

When you talk to teens about your past drug use, and specifically key in on the negative effects and possible negative reasons as to why you picked up such a habit, teens will learn to avoid these same mistakes.

For example, my parents both smoked cigarettes, and because of this I know I’m more inclined to be addicted if I try a cigarette. This knowledge has caused me to avoid to this day cigarettes and chewing tobaccos.

In addition, exposing past family history with drug addiction gives your teen explanation to a possible pessimistic viewpoint you associate with decadences. As an example, if you or a close relative was, or is, an alcoholic, then it would be reasonable to infer you have a stronger negative bias towards teen drinking.

In essence, you want to prevent your teen from following the same path as alcoholic relatives. This is completely understandable; however, if you never talk to teens about this then they will always be confused as to why you’re so harsh on teen drinking.

From a teen standpoint, we will feel like you’re simply condescending and unwilling to accept a common culture (teen drinking is a culture of American teens) that is becoming more and more prevalent. We’ll conspire that you, the parent, are crazy and too protective. We want to experience partying and wild behavior, and prohibiting this with no explanation is confusing to us and annoying.

Thus, you need to talk to teens to clarify why you are so opposed to drinking.

The knowledge you deliver us breeds not only understanding, but possible behavior change as well. And on top of this, if you can deliver trust, meaning you still allow you’re teen to drink with the faith that he/she will be under control and not exemplify the qualities of an alcoholic, than you are fostering a great teen to parent relationship.

Give us trust and respect, and we’ll give you the obedience you want. As cliché as this sounds, it truly is a win-win situation.

Ultimately, your teenager will only benefit by talking with you about your teenage years and hearing the mistakes you made. We can in turn learn from these mistakes and benefit ourselves without having to undergo these same faults.

Lastly, a relationship covered with lies is never good, be as honest as possible with your teen, he/she will greatly appreciate it.

Parents should learn how to tell if someone is on drugs so that they could take the appropriate steps should they notice signs of drug abuse in their child. 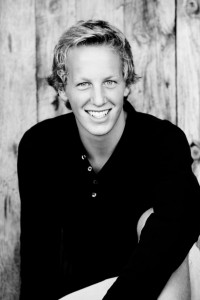 Written by Shea Rouda, Author of TEENS HAPPEN: A parenting guide to deciphering the most secretive of creatures. Shea believes it is a win/win situation when you talk to teens.