Are you looking for a new toy to help your play and learn then then look to JUMBiEs the new toy that teaches tolerance and play at the same time.

JUMBiES is one of the best new toys of 2011 and I can’t wait to get one for my grandson!

Los Angeles, CA – It goes like this…  Recently, the world faced a gigantic animal baby boom that had storks flying willy-nilly to take zillions of newborns to their parents.

Animals of every kind, stripe and tail, from aardvarks to zebras, were scheduled for delivery. No one had ever seen anything like it before. The traffic was a mess.  This was the real Carmageddon.

Earnest storks were doing their best to keep it all together, but the workload was just too much.  Then wouldn’t you know it, lo and behold, CRASH #1! BOOM!  Then CRASH #2 and 3 and 4 and 5 and so on. Still trying valiantly to cradle their precious cargo, stork after stork crashed into one other. Feathers flew everywhere as the storks and the babies fell from the sky.  What to do?

The storks quickly regrouped. Surveying the aftermath of their multiple collisions and to their amazement, they found thousands of baby animals all jumbled up in what could only be considered a new breed.  JUMBiES the new toy that teaches tolerance will show kids how to play and be understanding of those who are different at the same time.

Zebras and elephants became ZELEPHANTS! Giraffes and buffaloes became GIRAFFALOES!  They called them JUMBiES, each and every one of them a star. Since it wasn’t clear where the little ones were supposed to go, the storks scooped them up and flew off to a beautiful island they called JUMBiELAND. 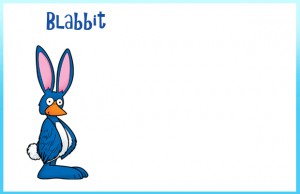 The world began Twittering about the adorable plush toys JUMBiES the new toy that teaches tolerance and inspire imagination. In the short time since they were jumbled, have become instant collectibles.  Millions fell in love with Beanie Babies.

The storks predict that millions more will follow the original 12 JUMBiES they found through games, cartoons, videos and collecting their very own.

Each and every JUMBiE has its own personality and Date of Jumble (D.O.J.). They have things they like and things they don’t like. What they all have in common is that we know you’re going to love them.

Imagine how much JUMBiES the new toy that teaches tolerance can make a difference in your child’s life.

Fun plus education plus imagination plus creativity equals JUMBiES the new toy that teaches tolerance to kids and parents.

JUMBiES are adorable, new stuffed animal play toys that are absolutely irresistible.  Think of them as the next generation of Beanie Babies. Think of them as poised to win the hearts of millions of children. JUMBiES the new toy that teaches tolerance.


Each JUMBiE is a combination of two animals that instead of being born, were all jumbled up when the storks carrying these innocent newborns crashed into one another and fell to the ground. Zebras and elephants became ZELEPHANTS. I can’t wait to get one of these new toys for my grandson and use JUMBiES the toy that teaches tolerance to help him love to play and learn at the same time.

Giraffes and buffaloes became GIRAFFALOES.  These unlikely combinations of sweet-as-sugar baby animals live on a beautiful island called JUMBiELAND where giggles ring out and children can let their imagination run wild. Odd combinations of animals jumbled together teach children that it’s okay to be different; it’s okay to mix black and white; it’s okay to mix tails and bills and bellies to make unusual but perfectly lovable little beings.  Jumbies the new toy that teaches tolerance.

When kids learn to create new toys and find commanlity between them then they are learning and JUMBiES the new toy that teaches tolerance is helping them grow.

Go to JumbieLand.com  where you will not only meet the JUMBiES and read about how they came to be, you’ll also find books, games, cartoons, animations, free stuff, and how to get your very own JUMBiES. Check out the FAQ’s section to find riddles and learn little known factoids about the JUMBiES.

Pat Wyman is a best selling author and founder of HowToLearn.com. She is a learning expert who seeks out the best learning strategies and the best educational toys that help kids learn.

As you can see, JUMBiES are more than cute little toys. JUMBiES the new toy that teaches tolerance.