If you are feeling depressed and anti-depressants do not make you feel better, your thyroid and mood are interconnected.

Sarah was at her breaking point. Not one of five different antidepressants had ever been of any benefit to her. What’s more, she had experienced severe side effects from several of them.

Disappointed with her other doctors, she called me for another opinion.  She knew that both her mother and cousin had thyroid issues.  Reading that thyroid problems frequently run in families, she wanted to check with a thyroid doctor about this possible metabolic factor in her stubborn depression.

Even after 25 years of medical practice, it still amazes me how frequently overlooked the thyroid and mood connection is in mental health.

Thyroid and mood problems are both extremely common. People need to know, however, that they are frequently quite related.

In the United States alone, depression affects more than 40 million people. For the years 2003 to 2006, for instance, the Center for disease control (CDC) reported that the number of people taking a Prozac-like antidepressant exceeded 17 million. 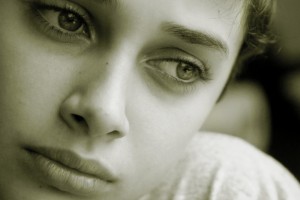 Many of these endocrine sufferers have the thyroid symptom of depression as a direct result of metabolic imbalance affecting brain function.

Depression is twice as common in women than men, starting at puberty and into adulthood. This gender preference and puberty factor is suspiciously similar to thyroid and mood illness.

How much regular, run-of-the-mill depression actually has thyroid as the underlying cause?  Many published journal studies suggest that the figure is as high as 30 to 40%.  (See articles and books by these medical researchers:  R. Joffe,  G.Ross,  V. Hendrick,  G. Gerwitz,  P. Loosen,   A. Prang, and  N.Thase)

What happens when a person who has a thyroid and mood problem is given an antidepressant like Prozac or Zoloft?

The common experience is to have little if any benefit from the anti-depressant, but substantial side effects from it.

For Sarah, hearing all of this during our first telephone session was a comforting revelation. She had suspected that an underlying thyroid problem might be causing some of her fatigue, chilliness, weight gain, dry skin, thinning hair, and long-standing constipation.

But now it was big news to her that the depression could be totally related to her thyroid imbalance as well.  Also, she seemed reassured to learn that a thyroid and mood problem is much more easily and successfully treated than a depression problem.

In addition she was very pleased to discover that thyroid medicines are much less expensive than antidepressants, and have comparatively few side effects.

Now that Sarah had discovered the link between thyroid and mood what were her next steps?

Now Sarah has more energy and less dry skin, and other positive physical results but the most amazing thing is that she is no longer depressed!  She takes no anti-depressants, only her thyroid treatments.

She now has a whole new lease on life.  Largely, this is due to finally paying attention to the extremely common, but often hidden, thyroid and mood connection to mental health. 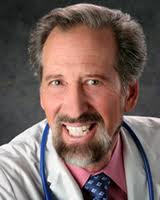 Dr. Richard Shames is a Harvard, University of Pennsylvania, and NIH trained practicing physician who has specialized in hormone treatment for thirty years.  This master practitioner has co-written several very popular books including Thyroid Power, followed by the ground-breaking release of Feeling Fat, Fuzzy or Frazzled?.  Dr. Shames is also an expert in the connection between thyroid and mood.

10 Signs Your Weight Loss Problem Is Really A Thyroid Problem