Prescription Drugs For Babies Who Spit Up

Advisers to the FDA may be having second thoughts on whether doctors should prescribe drugs for babies who spit up. 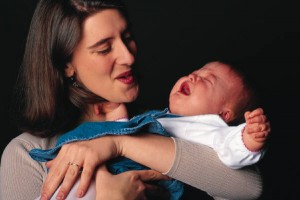 Even though some popular heartburn medicines haven’t been approved to treat babies, doctors are using them as a remedy and prescribing drugs for babies who spit up.

Should medicines be reserved for infants who’ve been diagnosed with serous problems, such as erosive esophagitis — a condition that afflicts relatively few babies.

“The great majority of infants spit up and cry,” says Hassall. “But very, very few of them actually have reflux disease and deserve medication.” Hassall has researched the effectiveness of prescribing drugs for babies who spit up and has received clinical study grants from AstraZeneca, the maker of the popular acid-suppressing medicine Nexium.

Specialists in pediatric gastroenterology have guidelines to help educate pediatricians and families on the treatment of reflux. “There are infants who do benefit from these drugs,” says Benjamin Gold, a gastroenterologist in Atlanta, who has been a paid consultant to AstraZeneca. “It’s a small proportion,” he says.