Excessive adherence to childhood rituals and hypersensitivity may foreshadow the onset of obsessive compulsive behaviors as the child ages, according to Prof. Reuven Dar of Tel Aviv University’s Department of Psychology. He first suspected the link while working with OCD patients who reported sensitivity to touch and taste as children.

In the first comprehensive study of its kind, Prof. Dar and his fellow researchers have established a direct correlation between sensory processing — the way the nervous system manages incoming sensory information — and ritualistic and obsessive compulsive behaviors.

The study, which appears in the Journal of Behavior Therapy and Experimental Psychiatry, suggests that when children experience heightened levels of sensitivity, they develop ritualistic behaviors to better cope with their environment. In the long term, this is one potential pathway to obsessive compulsive behaviors, OCD. 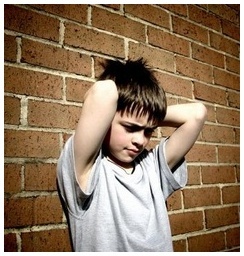 In childhood, rituals like regular schedules for meal, bath, and bed times are a healthy part of behavioral development.

But combined with oral and tactile sensitivities, such as discomfort at the dentist or irritation caused by specific fabrics, these rituals could be obsessive compulsive behaviors, an early warning sign of adult Obsessive Compulsive Disorder (OCD).

In the first, parents of kindergarten children were asked to complete three questionnaires on their child’s behaviour — their level of ritualism, such as the need to repeat certain acts or to order objects in a particular way; their level of anxiety, with questions relating to reaction to strangers, worrying about outcomes of events, and attachment to family members; and last, their reactions to everyday sensory events such as being touched or exposed to unusual tastes or smells.

In the second study, the researchers asked 314 adult participants to answer surveys online in relation to obsessive compulsive behaviors or their OCD tendencies, their anxiety levels, and their past and current sensitivity to oral and tactile stimulation.

Results from both studies indicated a strong connection between obsessive compulsive behaviors and hypersensitivity. In children, hypersensitivity was an indicator of ritualism, whereas in adults it was related to OCD symptoms.

As a whole, these findings provide preliminary support for the idea that such sensitivities are a precursor to OCD symptoms. When children are extremely sensitive to certain types of touch or smell, they can feel that they are being attacked, or that the environment is threatening them, Prof. Dar believes.

Ritualism could develop as a defence mechanism, helping these children to regain a sense of control, which is also obsessive compulsive behaviors, a symptom of adults with OCD.

Next Prof. Dar hopes to conduct a longitudinal study to better understand the connection between hypersensitivity in childhood obsessive compulsive behaviors and adult OCD, following a large sample of children who experience oral and tactile sensitivities through to adulthood.

Of course, Prof. Dar says, all children have particular habits and preferences, and they’re not all precursors to OCD. So what should parents watch for to correctly characterize normal and potentially pathological behavior?

“If you see that a child is very rigid with rituals, becoming anxious if unable to engage in this behavior, it is more alarming,” he explains. Also, age is a factor.

A habit exhibited by a five- or six-year-old is not necessarily obsessive compulsive behaviors, a predictor of OCD.

If the same obsessive compulsive behaviors continue to the ages of eight and above, it could be a warning sign, especially if accompanied by anxiety or distress. 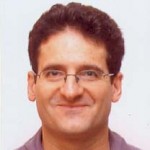