Dangerous Food Allergies On the Rise

According to the Food Allergy & Anaphylaxis Network, as many as 15 million Americans suffer from food allergies, including approximately six million children. Multiple studies agreed that children in the U.S. are developing food allergies at an alarming rate. The number of kids with food allergies has increased 18% from 1997 to 2007.

One theory behind this dramatic increase in food allergies may be the presence of processed foods and additives in our diet.

Another is that children with a family history of allergies have a predisposition to developing one or more allergies. If that isn’t scary enough, studies show a direct link between food allergies and ear infections, as well as the eventual development of asthma. Since both ear infections and asthma are thought to be autoimmune deficiencies, it makes sense.

Here is where it gets sticky. Eight foods account for 90% of all allergic reactions. They are milk, eggs, peanuts, tree nuts, fish, shellfish, wheat and soy. Some doctors believe that delaying exposure to these foods may eventually prevent the development of a food allergy and are now advising expectant and nursing mothers to completely avoid highly allergic foods like peanuts, tree nuts and shellfish in their diets. Since antibodies are passed on from mother to newborn, doctors also encourage breastfeeding exclusively for at least four to six months, postponing the introduction of solid foods during that timeframe.

The American Academy of Pediatrics also recommends that those with a family history of allergies delay the introduction of these foods into their child’s diet until he or she reaches the following ages:

It remains to be seen if these recommendations will result in a decrease of food allergies, but with allergies on the rise, 30% diagnosed with multiple food allergies and 39% having a history of severe reactions it is important for everyone to recognize the symptoms of a severe food reaction, which may occur anywhere between two minutes and two hours after exposure to the food:

• A tingling sensation in the mouth

• Sudden swelling of the tongue and throat

• A sudden drop in blood pressure

Those with significant family history of food allergies may be referred to an allergist for screening and prophylactic medications. 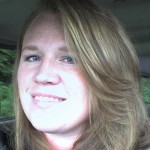 Jen Thames is Brand Manager for RHL.org the best source for residence hall linens and twinXL bedding on the web.