Focus On The Negative To Change The Status Quo

If you want people to change the status quo, first you have to get them to notice what’s wrong with it.

“Take America’s educational system. You could find some flaws in that system,” says India Johnson, a graduate student at Ohio State University who did the new study with Professor Kentaro Fujita.

“But we have to live with it every day, so people tend to focus on the positive and reinforce the system rather than attempt to change the status quo. 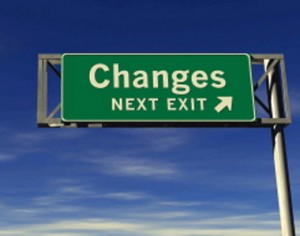 Sometimes, though, people are motivated to change things—that’s what brought about the U.S. civil rights movement and the changes in Tunisia and Egypt this year, for example.

“In order to actually change the status quo, you’ve got to know what’s wrong with it,” Johnson says. So she wondered, “How can we get people to stop looking at the positive information and kind of shift gears and focus on the negative information?”

Psychological scientists have found that people who want to change the status quo— do better at work, for example—are willing to take the short-term pain of hearing negative information about themselves, if they actually believe that bearing this pain will actually help them improve in the long run.

Johnson wondered if the same was true for thinking about the whole social system.

In one experiment, students started by reading one of two scenarios about a student who was unhappy with the freshman orientation at OSU. Some participants read that he had successfully improved the system; others read that he’d failed, although he still believed in change.

Then each participant was told that the Department of Education had published an external review of the university, and they were given a choice between reading a section of the report that focused on the university’s strengths or a section on its weaknesses.

Participants who had read a paragraph about change were more likely to want the negative information about the university, while others preferred the report on positive information.

Other experiments found that people were more willing to read negative information if it came from a diagnostic and therefore, trustworthy source, and if it was about their own university, rather than another one nearby.

“In order for people to feel like they can actually affect the world and actually change the status quo, they have to view the world as changeable,” Johnson says.

“If you want people to be able to make that leap, you have to first get them to that point.

Then they’ll be willing to seek out the negative information.” Of course, there are more steps to changing the system than just finding out what’s wrong with it.

“Even after you get the negative information, you might say, this is too much. I can’t do anything about it,” Johnson says. She plans to do more research on the next steps to change the status quo and bringing about social change.

For more information about this study, please contact: India R. Johnson at johnson.3338@osu.edu.

Wyman is always in search of ways to change the status quo.