How to Save Money While Travelling with Coupon Sites 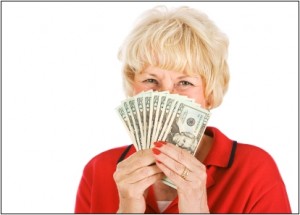 It’s amazing to think that in the not-so-distant past, travel coupons were available predominantly in magazines at local diners and visitor centers.

Once you arrived at your destination, you could pick up some coupons that looked interesting, but there was no way to find special deals on a particular hotel, activity, or restaurant in advance. Today, there are coupon sites springing up all over the internet that can help maximize your travel budget by offering you valuable coupons before you travel. Here are some of the most popular websites and what they have to offer.

Launched in 2008, Groupon was one of the first online coupon promoters. As a result, they have grown to become one of the largest coupon marketplaces online with deals from both local and national brands located around the globe. They recently partnered up with leading travel website Expedia to offer special coupon deals on accommodations and getaway packages, too.

This website offers deals for companies throughout Australia, the UK, the US, Canada, and several other countries. Several cities within the US are available for “Instant Deals’, which allow users to search for coupons within a half-mile radius of wherever they might find themselves with an iPhone.

Established in 2010, EverSave is an up-and-coming coupon site that currently serves markets in several major cities throughout the US.

If you’re travelling internationally, you should also do an internet search to see if there are any local coupon-type sites that cover your destination. For example, if you’ll be travelling to Thailand, Ensogo offers a variety of deals throughout the entire country, and you can print the coupons out in both English and Thai.

So once you sign up for a coupon site and start receiving offers, how can you be assured that you’ll be getting a good deal? Here are some things to keep in mind:

If you’re planning to visit Chicago next spring, sign up early to see what offers are available. The earlier you sign up, the better selection of deals you’ll find out about. Some sites only publish new deals weekly, so a minimum of six weeks before you’re going to travel is ideal.

If you’re vacationing over a major holiday such as Christmas, New Year’s or the 4th of July, double check that there aren’t any blackout dates on the coupons you’re interested in. Likewise, make sure the coupon will be valid all the way through your travel dates. You don’t want your offer to expire before you even arrive! 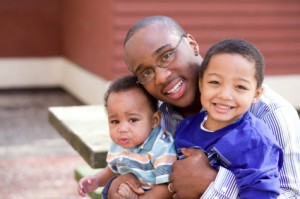 Love It or Leave It

Purchase only the coupons that you’re sure you’ll use. Think about where you’ll be staying, and check out how far away the vendor is from your hotel. If it’s an hour away, you’ll be burning up valuable vacation time just getting there, so it’s probably not worth it – even for a bargain price. Also, if your travel partner hates Greek food but you see a deep discount coupon for a Greek restaurant online, give it a pass. No matter how great a deal it is, if those you’re traveling with aren’t interested, the coupon will go to waste. Unused coupons equal money lost instead of saved.

Ever heard of couponcroc.co.uk? Neither had Tom Blanchard until a friend referred him to the site. Now Tom is an avid user, and he enjoys sharing his advice and tips on couponing. Experts agree that Coupon Croc is an excellent place to find great deals for the family.