George Molho knows that only too well. As a 7-year-old in 1978, he was taken to Greece from his home in Houston by his father, a man with a brutal temper, an obsessive need for control and a sadistic desire to inflict pain.

No one, not even his mother, believed him when he anticipated his father’s plan to spirit him away and tried to warn them, Molho writes in his new memoir, Scarred.

Now a passionate advocate for child kidnapping and abuse victims, Molho says awareness of the problem and efforts to develop solutions that protect children should be a top national priority.

“One thing every parent can do to protect their children comes right from my own experience – and I don’t think parents know how very important it is,” Molho says.

“My mother thought I was being paranoid when I shared my worries with her. She took me to a psychologist, who said I was making up the story because I was upset that my parents weren’t living together anymore.”

When young children express fear or concern about even a close friend or family member, adults tend to chalk it up to shyness, a ploy for attention, or fantasy, Molho says.

As kidnap survivor, George can offer the following tips to parents in hopes they will never become scarred from such childhood trauma.

If they’re home alone, for instance, and someone calls asking to speak to their mother or father, they might say, “My mother’s busy in the kitchen right now and asked me to answer the phone and take a message.” Put them to the test by having someone they don’t know, one of your friends or co-workers, call.

If Mom or Dad is in trouble or hurt, only these people will know and will tell the child. Even if Uncle Bob tells them Mom is in the hospital and the child needs to go with Uncle Bob, if he’s not on the approved list, the child should not go.  This is a common ploy.

This is very important and it saves lives. Most children are taught to be polite and respect adults; it’s far safer to risk offending an adult – even if it turns out the adult meant no harm.

Screaming, kicking and running away are perfectly acceptable if a stranger grabs your arm – even if the stranger is smiling sweetly. 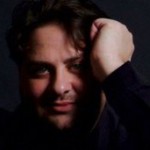 Molho addresses domestic abuse, child abduction, and speaks to those recovering from trauma through self-reflection.

His new book Scarred, A Memoir from a kidnap survivor.