More than half of school districts have students in distance learning programs at some level.

But the most of those districts aren’t delivering the education themselves, according to data released by the National Center for Education Statistics.

The report, “Distance Education Courses for Public Elementary and Secondary School Students: 2009-10,” indicated that a full 55 percent of districts have students who were enrolled in distance learning programs in the 2009-2010 school year. Half of those districts reported that students were participating in distance learning programs provided by a higher education institution, 47 percent from independent vendors, and 33 percent from state virtual schools.

Three-quarters of those respondents indicated that all distance learning programs in which their students were enrolled were developed by organizations independent of the district itself.

The total number of public students enrolled in distance learning programs, however, was significantly less than half, with about 1.82 million course enrollments, all told (with multiple enrollments counted individually for students enrolled in more than one course). The total population of public school primary and secondary students was approximately 49.3 million during that period, according to ED’s published statistics.

Accordingly, enrollments were spread thinly throughout the districts, with the bulk–79 percent–having 100 or fewer enrollments in distance learning programs. The following table shows the breakdown.

The types of courses students took as part of their distance learning programs varied widely.

Lack of availability of a course within a student’s school was the most frequently cited “very important” reason for districts to provide opportunities for distance learning programs, selected by 64 percent of those districts. Another 57 percent cited credit recovery for failed or missed courses as a “very important” consideration. The vast majority (82 percent) indicated that space limitations and revenue generation were unimportant considerations.

Technologies Used To Deliver Courses
The Internet coupled with asynchronous instruction was the most widely cited category of technology-delivered instruction, in use within 86 percent of all districts that reported distance learning programs enrollment. This category was also the primary mode of instruction for roughly 63 percent of districts.

Two-way interactive video (videoconferencing) was cited as the primary delivery vehicle by about 17 percent of districts, with 42 percent reporting its use to some degree. 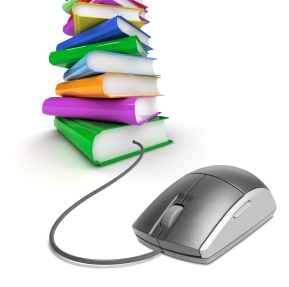 Other modes for delivering distance learning programs included computer-based technologies other than the Internet (cited by about 5 percent of districts as primary delivery method) and pre-recorded, one-way video (roughly 2 percent).

Overall, 12 percent of districts said they do not allow students to enroll in another distance education course when they fail to complete one course; 6 percent reported making students wait a specified period of time before enrolling again after failing to complete a course.

Further details, including the complete NCES report, can be accessed freely on the NCES portal on ed.gov.