Teen Drivers: “New Years Eve Is The Most Dangerous Night Of The Year”

According to a survey conducted by Liberty Mutual and Students Against Destructive Decisions —formerly Students Against Driving Drunk, a large percentage of teen drivers say they have driven under the influence of alcohol or drugs on New Year’s Eve.

Survey indicates teen drivers consider driving on New Year’s Eve to be the most dangerous night of the year.

More dangerous than prom night, homecoming, the Fourth of July, or any of those other party-prone nights.

“Prior to New Year’s Eve, parents need to have a conversation with their teen drivers about the dangers of driving under the influence of drugs and alcohol and fatigue as well as how to be a good driver and a good passenger,” said Dave Melton, a driving safety expert with Liberty Mutual and managing director of global safety. 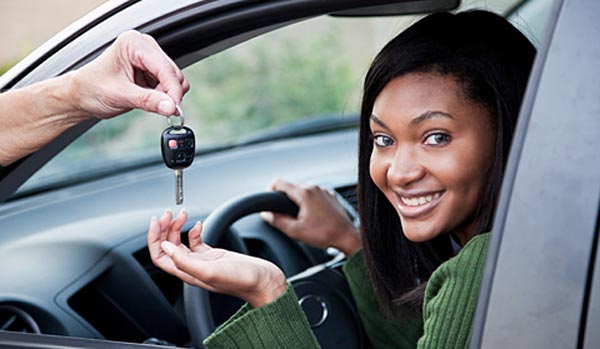 “Teen drivers also need to be prepared for dangerous behaviors of other drivers who will be impaired on New Year’s Eve.”

The survey of almost 2,300 students in 11th and 12th grades asked them about how they perceived various holidays and events in terms of dangerous days to drive. Here are the results.

Fourth of July: 29 percent of teen drivers say Independence Day is very dangerous or extremely dangerous to drive; 8 percent say they have driven under the influence that day.

Prom night: 20 percent of teen drivers consider prom night to be very dangerous or extremely dangerous; 6 percent say they have driven under the influence of drugs or alcohol on prom night.

An overwhelming majority of teen drivers surveyed — 94 percent — said they would stop driving under the influence of alcohol if asked by a passenger.

Ninety percent of teen drivers would stop driving under the influence of marijuana if asked by a passenger.

“New Year’s Eve is a time to celebrate both the past year and the possibilities of the year to come, yet far too often poor decisions by teen drivers result in tragic injuries and deaths,” said Stephen Wallace, senior adviser for policy, research and education at SADD.

“To avoid a fatal start to the New Year, teen passengers need to use their voices if they have concerns about their friends’ behaviors. They will be heard.”

MATTHEW STURDEVANT, msturdevant@courant.com, The Hartford Courant.  Matt has been a journalist since 1999, starting at a weekly newspaper in Caribou, Maine.

He has reported on environmental issues, feature stories, government and politics. He holds a master’s degree in liberal arts from Dartmouth College in Hanover, N.H., as well as bachelor’s degrees in business and psychology from the State University of New York at Oswego..