For the baby boomer workforce and the generations that follow, 65 won’t be retirement age. It will just be another year of work for those who have a job, and a diminished lifestyle for many of those who don’t.

Even now, the oldest members of the baby boomer workforce generation (those born in the 19-year span of 1946-64) can’t collect their full Social Security benefit until they’re 66.

The cutoff for full benefits was bumped up from 65 as a result of the last attempt to fix Social Security, in 1999.

Proposals to cut the federal deficit eventually could push the baby boomer workforce retirement age for full benefits to 69. 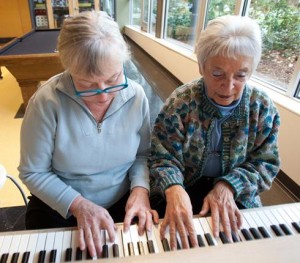 WHAT GENERATION ARE YOU? Take the quiz

And amid a recession, others with outdated skills or relatively high salaries are finding it increasingly difficult to get or keep desirable jobs.

“My view is that 75% of the population can work longer and would be better off doing so,” says Alicia Munnell, director of the Center for Retirement Research at Boston College. “But 25% will have health problems or skills not matched to the existing jobs, and they will have a hard time working longer.”

That’s a big number: 25% of the baby boomer workforce in America today amounts to about 19.5 million people, about the population of New York state.

Some of those who can’t work in their old age will apply for disability, which, ironically, could push up the imbalance in Social Security’s finances.
Others, thanks to layoffs or low investment returns, will have to accept a far lower standard of living in retirement than they had imagined.

‘Their bodies wear out’

The average Social Security retirement payment is just $1,170 a month. But for those who need it, it’s vital: For 20% of married retirees and 40% of single retirees, Social Security is 90% or more of their income.

The argument for increasing the retirement age comes down to longer life expectancy. Better nutrition and medical care have extended lifespans well beyond what they were in 1950.

And the longer people live, the longer Social Security and other retirement plans will have to pay benefits.

In 1950, a typical 65-year-old lived an average of 13 more years. A typical man who turns 65 next year can expect to live another 18 years, according to the American Academy of Actuaries.

MAKE IT LAST: 7 ways to stretch your retirement income

Meanwhile, women celebrating their 65th birthday in 2011 can expect to live an average of 20 more years, compared with 16 for their 1950s counterparts.

The Social Security trustees say the trust fund will run out of money in 2037, when benefits would have to be cut by 24%.

Combined with other recommendations, such as increases in payroll taxes, raising the retirement age would keep the Social Security trust fund healthy for more than 75 years, the commission says.

However, not all workers are healthy enough to postpone retirement to 69.

“People in the trades, their bodies wear out,” says Gene Burnard, publisher of Workforce50.com, an Internet site for job-seekers over 50. An office manager might be able to work to 69, but carpenters, heavy equipment operators and others with physically demanding jobs might not be able to work past 65 or even 62, the age at which workers can start claiming reduced Social Security benefits.

“If a person is perceived as having a health problem, he will have problems getting a job,” says Michael Lazarchick, past president of the National Employment Counseling Association. “Employers have a bias against people who don’t look healthy.”

For those people, the odds of working longer are slim. “Many of them end up becoming long-term unemployed, or end up on the disability rolls,” says Susan Houseman, senior economist at the W.E. Upjohn Institute.

The Social Security disability insurance trust fund, which is separate from the retirement fund, will run out of money in 2018, according to the 2010 Social Security trustees’ report.