The Changing Face of Bullies

Bullies come from all walks of lives, all ages, all genders, all races, and all cultures. According to Dr. Cerullo, bullies are very often people who have been bullied or abused themselves. Sometimes they are experiencing life situations they cannot cope with, that leave them feeling helpless and out of control.

Many times, bullies don’t feel that they can find any other means of fitting in or carving out their own niche in life so they turn to being powerful in a way that they feel brings them respect.

Bullies feel that being feared is the way to gain respect and surround themselves with friends and people who look up to them.

However, what they do not realize is that people are “friends” with them so they do not become a target of their bullying. It all comes down to fear. 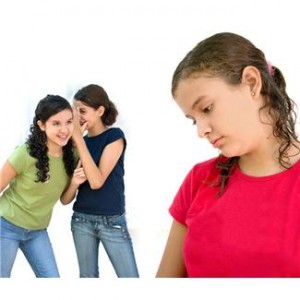 Another possibility of the reason for the bullying attitude is that the bullies themselves feel that they have no control in their lives. Maybe their home life is out of control and they are not listened to or valued by their family. In order to compensate for the lack of value at home bullies find it in other places in inappropriate and unhealthy ways.

Even though these are all valid explanations sometimes the only explanation is that bullies are mean and cruel people who only feel good when they can cause others harm. These types feel no remorse and rarely stop bullying. This may be a pattern for their entire lives.

The above mentioned facts on bullies have been widely accepted for many years, but new research proposes that bullying is something entirely different to some people.” Dr. Cerullo used to believe that bullies have low self-esteem, and put down other people to feel better about themselves.

While many bullies are themselves bullied at home or at school, new research shows that most bullies actually have excellent self-esteem.

Bullies usually have a sense of entitlement and superiority over others, and lack compassion, impulse control and social skills.

Though there are different reasons behind the behavior of bullying, most bullies have certain things in common. Bullies behave in a dominant manner and cast blame for the bad things in their lives upon others.

Though bullying is a learned behavior, genetics can play a part. For instance, some people are more predisposed to violence and aggression. However, not all people with these tendencies become bullies. Some are able to find ways to take out their aggression and anger in more manageable and healthy ways.

The people in the bully’s life that also have an effect on their behavior. On one side, bullies may have a families who don’t care about their behavior and may even encourage it because they are the same way towards people. On the other hand, the bully’s parents may also be fearful of the bully and feel afraid to stand up to them and show them how to change their behavior.

If his or her parents are in a good mood, the child gets away with bad behavior. If the same parent is under stress, he or she will take it out in angry outbursts against the child. Bullies never internalizes rules of conduct or respect for authority.

Dr. Claudio  V. Cerullo possesses more than eighteen-years of experience in education.  Currently, Dr. Cerullo is addressing the greater need for anti-bullying programs nation-wide and has more information available at his website TeachAntiBullying.com