What Exactly is Death And Is It Obvious?

You might think death is obvious, but it isn’t. With humans, at least, when exactly a person becomes dead is highly contentious.

The lack of consensus stems partly from the fact that medical advances keep changing our ideas about what it means to be dead.

The traditional definition of death as cessation of respiration began shifting during the 1960’s and 70’s toward a definition that centers on brain function-so a person’s body could be performing basic functions with the help of machines, but if there is no brain activity the person could be considered, and declared, dead.

The impetus for this change in legal definition of death was partly philosophical—a growing consensus that consciousness, not a corporeal body, was the essential ingredient of “personhood”—and partly practical-the need for transplantable organs.

Yet even brain death is not so obvious. Scholars still argue over whether death should be defined the irreversible cessation of electrical activity in the brain (“whole brain death”)-the current legal definition in most states-or the cessation of functioning in neo-cortex (“higher brain death”), since the neo-cortex is believed to be the seat of personality and thought.

Even if we try to winnow down to the barest scientific facts, we cannot escape some ambiguity.

Technically speaking, death is the termination of the various biological functions that sustain life.

Yet biological functions shut down gradually. Death, then, is a physiological process-sometimes drawn out over an extended period.

Death occurs in the following stages: 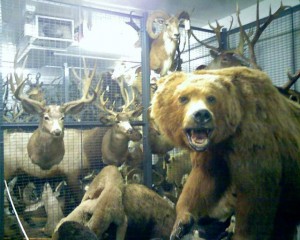 Can you pinpoint the precise beginning of “life”? And can you find 10 other people on the subway who would agree with you about what that point is?

Now, try the same thing with “death.” And good luck.

To be even more philosophical about it, we must admit that we are dying, piece by piece, from the moment we are conceived. When, then, do we begin really dying? And when do we finish, once and for all?

Death is also so heavily manipulated by medical technologies that the border between alive and dead gets further blurred.

Many of the conditions once considered hallmarks of being dead, like cessation of breathing, are now actually “treatable.” A common joke about American medicine is that in the U.S. death is considered optional.

With the advanced levels of intervention-machines that will breathe, feed and hydrate, process waste, keep hearts beating-many people become trapped in a kind of grey area between alive and dead.

They are not properly dead-they have brain activity-yet to their loved ones they are merely a husk. A physical presence with no trace of what was once the person inside. A vegetable. And they can remain in this state of limbo for weeks, months, even longer.

These are heartbreaking situations because withdrawing treatment feels, to family members and medical professionals, like actively choosing death. It carries so much more intentionality than simply offering care and comfort to the dying.

Has there been any comparable controversy over the concept of animal death? Basically, no.

People just don’t fret about animal death like they do human death, partly because animals’ lives aren’t usually accorded much value, and partly because with animals we don’t have to worry about moral complications like “personhood.” Nor, until very recently, were animals subjected to advanced medical treatments such as artificial respirators and percutaneous endoscopic gastrostomy tubes (except, of course, as the experimental bedrock upon which such technologies were developed for humans).

Even when aggressive end-of-life care is pursued, the issue of withdrawing treatment does not carry the same moral baggage, since animal euthanasia is so widely accepted and practiced.

Does this mean that people view human and animal death as fundamentally different?

Certainly these two categories of death are remarkably similar from a biological standpoint, but philosophically, are they very different?

For those who believe that humans alone have souls, human death will certainly be different from animal death, since it will represent a unique transition from one state of being into another.

There has been considerable theological debate-reaching back at least as far as St. Augustine and Thomas Aquinas-over whether animals have souls and whether animals go to heaven (or hell).

Not surprisingly, there is very little consensus. Pet owners, naturally, are more inclined to think that animals have souls and go to heaven.

One survey I found-on an animal chaplaincy website-suggests strong support for animal souls, though this is obviously a skewed sample. 78% of those surveyed agreed that animals have souls “just like our own,” 15% said “yes, animals have souls, but different from ours.” 3% said they weren’t sure, while a mere 1% said “no.”

Jessica Pierce, Ph.D., Bioethicist and writer is the author of the forthcoming book The Last Walk: Reflecting On Our Pets at Life’s End (Chicago, 2012).

Additional authored and co-authored books include: Wild Justice: The Moral Lives of Animals; Contemporary Bioethics: A Reader with Cases; The Ethics of Environmentally Responsible Health Care; and Morality Play: Case Studies in Ethics.

Visit Psychology Today for more writings by Dr. Pierce on the topic of “What Exactly is Death?”.