What the Super Committee’s Failed Leadership Teaches Our Kids

Last week, we saw yet another example of failed leadership in Washington DC.

The special deficit-reduction super committee failed in its quest to cut at least $1.2 trillion in government red ink over the next decade. It appears the committee has collapsed. If you visit USDebtClock.org you’ll see we now have a record debt of more than $15 trillion and climbing.

So, even if your kids don’t understand all this, what example is failed leadership setting for them? What kind of message are the adults around them sending, from bureaucrats, to educators to athletic coaches (like the sad story out of Penn State)? 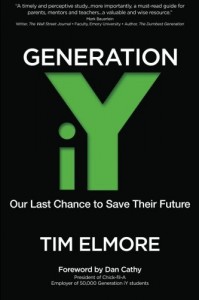 Let me offer a short list of failed leadership examples that you could discuss with your young people today:

1.  When we are consumed with our image, we’re unable to do what’s hard.

First of all, the bi-partisan committee was paralyzed because no one wanted to do the hard thing. None would make the “tough call” and sacrifice something for the greater good.

Failed leadership: if people are consumed with their image (how they look) rather than their integrity, they eventually fail to do what’s right.

When we don’t want to be the bad guy, it leads to bad results in the end.

2.  When we can’t work together, we’ll be unable to solve big problems.

No doubt the super committee had different perspectives on what to do. Democrats wanted to raise taxes; Republicans wanted to cut entitlement programs.

Failed leadership: in the end, no one valued improvement more than guarding their own turf (and votes). In the name of clinging to special interests, the committee stalled, and no one benefited.

Our world is full of problems but we won’t be able to solve them unless we cooperate.

3.  When we are self-absorbed, we ultimately act like hypocrites.

Here’s an interesting point. The goal for the super-committee was to reduce our debt, but these same congressmen continue to vote to give themselves raises.

Failed leadership: freezing their own salaries would be a small step, but it would have conveyed their willingness to sacrifice for the greater good.

They were self-absorbed which makes them unable to lead well.

4. Our indecision and failure can have a far-reaching effect.

In almost every case, indecision is a decision. The failure to act will ultimately have a negative impact on others. When this super committee failed to come to any resolve, the stock market plunged the next day. And skepticism grew.

Failed Leadership: the committee had the chance to give hope to Americans, and instead, couldn’t decide on anything and diminished hope.

We are all influencing others with every action or inaction in our lives.

5. When we can’t curb our appetites, the future becomes fuzzy.

This super committee is a reflection of leaders everywhere, who cannot spend wisely, keep a marriage together, make long-term commitments, check their egos or discipline their actions. In this case, they refused to cut spending to make life better for future generations. If we cannot curb our appetites, we won’t make sacrifices for the future.

Failed leadership: the committee cared more about “me” and “now.”

If I live only for today, I leave a poor future for my children.

Failure by the super committee leads to automatic across-the-board spending cuts to a wide range of domestic and military programs, according to the Congressional Budget Office.

Failed leadership: when I cannot be responsible, someone has to do it for me, whether its household chores or shaving a national budget.

When we cannot set an example, others view us as untrustworthy and look somewhere else for answers.

Here are some discussion questions:

For more resources, go to: SaveTheirFutureNow 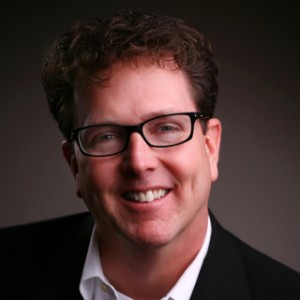 Dr. Tim Elmore is the founder and president of Growing Leaders, a non-profit organization created to mentor youth across the globe. He is HowToLearn.com’ s parenting expert, with more than 30 years of experience and expertise in generational leadership, he and his team train middle school, high school and college students on thousands of campuses in the U.S. and internationally.

He also holds parenting events across the country sharing insight and practical steps on how to creatively parent the Millennial generation. Tim has written more than 25 books, including the best-selling book series Habitudes®—a leadership curriculum that has been translated into nine languages, and his latest, Generation iY: Our Last Chance to Save Their Future.