Where Should Santa Live? A Top 10 List Of Places To Live

Using five criteria important to making Santa happy and successful, researchers have come up with a top 10 list of places to live that would best suit Santa and meet his needs.  As a highly mobile executive, Santa needs a comfortable place to call home.

The explosive growth in the number of public databases covering everything from per capita income to the availability of public transportation lets magazines and researchers come up with some of the most entertaining top 10 list of places to live. 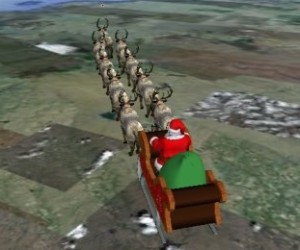 A quick online search turns up the best top 10 list of places to live, best cities for singles or families, and the best places to start a business or a small business.

The number of top 10 list of places to live is endless.

But how about a list for something that is really important–for something that could impact young and old, naughty and nice, around the world? Well, researchers at the University of Toronto’s Martin Prosperity Institute might have come up with the most amazing top 10 list of places to live.

In fact, Physorg.com reports that by analyzing five critical lifestyle variables, the researchers determined the top 10 list of places to live for Santa Claus.

Hinting that the incredibly sociable Saint Nick might be tired of the extreme isolation of the North Pole and perhaps need a more robust manufacturing base, the researchers decided to find the best cities in North America for him to move his base of operations.

Like other people who travel a great deal for business, Santa requires a home base that meets the specific needs of his organization. (Source: Physorg.com)

There were interesting results in several of the categories. For instance, to satisfy Santa’s snacking requirements, the researchers looked for cities with the most cookie manufacturing facilities per capita.

Naturally, Santa needs to wash down those cookies. This is the driving factor for the second category, the number of milk producers per capita. The best top 10 list of places to live includes Saskatoon, Saskatchewan, with 6.1 milk establishments per 100,000 people, followed by Regina, Saskatchewan, with 4.7 per 100,000.

But Santa cannot live on cookies and milk alone.

By combining results for the five categories to give each area an overall score, the researchers created their top 10 list of places to live for Santa.

At the top of the top 10 list of places to live is Guelph. It is the best-suited destination for Santa, according to their analysis. Overall, Guelph offers Santa a good balance of all the elements that define his lifestyle.

Guelph received the highest overall score, largely thanks to its relatively high number of cookie manufacturing establishments per 100,000 people, coupled with a good postal and courier service.

Williamsport, Pa., came in second with only a slightly lower overall score than Guelph. Like Guelph, Williamsport received balanced scores in all five categories.

While Santa may not relocate for years, the message to cities that might hope one day to attract him is clear: Build more cookie plants, increase your production of milk and grow your manufacturing base. These things would probably be good even if Santa didn’t move to your city.

Having just completed my season’s shopping, I’m not sure if it is possible (or desirable) to increase the number of department stores per capita. Each city will have to decide on its own.

Going forward, as the use of social networking replaces other forms of communications, I wonder if the criteria related to the number of postal service workers and couriers per capita will remain as important as it is today.

Thanks to Salvatore Salamone, Executive Editor at Ziff Davis Enterprise for providing insight on the ease of creating a personal top 10 list of places to live.