Psychological scientists have found that, while going through many experiences like assault, hurricanes, and bereavement can be psychologically damaging, small amounts of adversity may help people develop resilience.

“Of course, everybody’s heard the aphorism, ‘Whatever does not kill you makes you stronger,’” says Mark D. Seery of the University at Buffalo.

But in psychology, he says, a lot of ideas that seem like common sense aren’t supported by scientific evidence.

Indeed, a lot of solid psychology research shows that adversity or miserable life experiences is bad for you.

Serious adversity, like the death of a child or parent, a natural disaster, being physically attacked, experiencing sexual abuse, or being forcibly separated from your family, can cause psychological problems.

In fact, some research has suggested that the best way to go through life is having nothing ever happen to you. But not only is that unrealistic, it’s not necessarily healthy, Seery says. 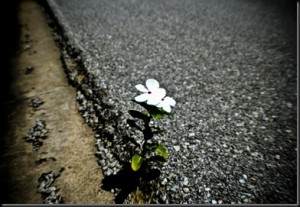 The people with the best outcomes were those who had experienced some adversity.

Another study found that people with chronic back pain were able to get around better if they had experienced some serious adversity, whereas people with either a lot of adversity or none at all were more impaired.

One possibility for this pattern is that people who have been through adversity have had a chance to develop their ability to cope.

“The idea is that adversity or negative life experiences can toughen people, making them better able to manage subsequent difficulties,” Seery says.

In addition, people who get through bad events may have tested out their social network, learning how to get help when adversity hits.

This research isn’t telling parents to abuse their kids so they’ll grow up to be well-adjusted adults, Seery says.

“Negative events have negative effects,” he says. “I really look at this as being a silver lining. Just because someone experiences adversity in their life doesn’t mean they’re doomed to be damaged from that point on.”

For more information about this study, please contact: Mark Seery at mdseery@buffalo.edu.

For a copy of “Resilience: A Silver Lining to Experiencing Adverse Life Events?” and access to other Current Directions in Psychological Science research findings