How To Become An Optimist

Can you learn how to become an optimist?

According to research, an optimist tends to be healthier and more active.

They eat more fruits and vegetables and spend more time actively with others. So who wouldn’t want to be an optimist?

Martin Seligman, the world’s leading scholar on ‘learned helplessness’ and depression, in his presidential address to the American Psychological Association, urged psychology to “turn toward understanding and building the human strengths to complement our emphasis on healing damage.” That speech launched today’s positive psychology movement.

Seligman became the world’s leading scholar on optimism. An optimist, says Selegman, sees life through a positive lens, seeing “bad” events or situations as temporary setbacks or isolated to particular circumstances that can be overcome by their effort and abilities.

Pessimists, on the other hand react to setbacks from a presumption of personal helplessness, they feel that bad events will last a long time and will undermine everything they do and are their fault.

Because Selegman saw that helplessness was a learned phenomenon, he also realized that UN-helplessness could be learned. 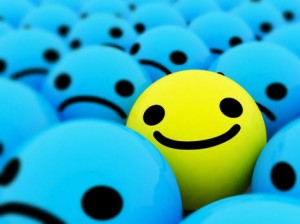 We can learn, in other words, how to be an optimist.

Seligman suggests a step by step, “ABCDE” way of categorizing this approach. Here are a few simple steps to get you on the path to become an optimist:

He suggests that we learn to hear (and even write down) our beliefs about the events that block us from feeling good about ourselves or our lives and the “recordings” we play in our head about them. He suggests that we write out the consequences of those beliefs and the toll they take on our emotions, and our energy and will to act.

Then once we have gotten familiar with these pessimistic thought patterns we run through our heads, he suggests that we dispute those beliefs and distract ourselves. Disputation can involve challenging the usefulness of the belief, generating alternative specific external ideas and solutions, and temporary explanations, focusing on evidence that contradicts the negative belief and supports a more positive interpretation.

“Disputing and distracting” can be employed to stop the “loop” of these tapes in your head.

Finally, notice what happens to your energy and will to act when you dispute the negative beliefs. Over time, the disputation becomes rapid and effective as the energization from it rewards you for the effort.

Eventually, the positive explanatory style becomes your “default” response. It becomes second nature, in other words, to focus on the positive and minimize negative projections and forecastings.

Yes, you can become an optimist. 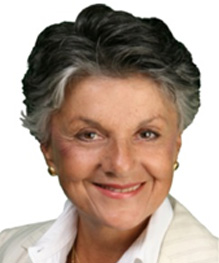 Dr. Tian Dayton, has a doctorate in clinical psychology, an M.A. in educational psychology and is a fellow and “Scholar’s Award” recipient from the American Society of Psychodrama, Sociometery and Group Psychotherapy and the Mona Mansell award for contributions to the field of addictions.

Tian is an executive editor for the Psychodrama Journal and sits on the ethics committee. She has presented psychodrama to wide audiences across the U.S. for nearly two decades, integrating action methods into the fields of mental health and addiction. Tian is a licensed Mental Health Therapist and a licensed Creative Arts Therapist and a certified trainer in Psychodrama.

A regular guest on radio and television, Dr. Dayton has authored a number of books in her field, including “The Drama Within,” “Drama Games: Techniques for Self-Development,” “Forgiving and Moving On,” “Trauma and Addiction,” “Daily Affirmations for Parents,” “Heartwounds,” “Journey Through Womanhood,” “The Magic of Forgiveness,” “The Living Stage: A Step by Step Guide to Psychodrama, Sociometry and Experiential Group Therapy”, Emotional Sobriety: From Relationship Trauma to Resilience and Balance” as well as numerous articles.

Dr. Dayton lives in New York City where she has a private practice and runs training groups in psychodrama, sociometry and group psychotherapy. She is a wife and mother of two wonderful young adults.

Please visit www.TianDayton.com for more information on how to become an optimist.