How To Get Better Grades Faster

Many people believe there are three types of students who want to know how to get better grades faster.

Many also believe that those who consistently do exceptionally well have a unique advantage. They believe they posses either a high IQ, or they just work harder, or they have some other factor that gives them a unique advantage. The belief is that these exceptional students possess an advantage in knowing how to get better grades faster than other students don’t have and can’t easily get.

However, research conducted by EduNova.org, in collaboration with leading education experts from five leading universities, concludes something very different.

Students who consistently excel academically have study tools and lifestyle skills that other students don’t.  They possess study strategies that allow them to know how to get better grades faster including:

This research has found that there are approximately 30 strategies, tools and skills that help them consistently know how to get better grades faster and achieve academic success, and anyone can learn them.

Thanks to this research, now anyone can easily learn how to get better grades faster.

Recently, EduNova.org conducted a twelve-month study with 5,506 students in 2010. Half the students were taught the 30 strategies, while the other students continued with their former study habits.

After 12 months, the students applying these strategies saw an average GPA increase of 1.7 points. In addition, they had decreased their study time by an average of 23%. They had successfully learned how to get better grades faster.

In this article, we will briefly introduce you to three of the 30 key strategies so that you will know how to get better grades faster too.

They can help make a powerful improvement to your academic achievement.

Strategy 1 – How to Get Better Grades Faster

The lack of goals is the biggest impediment to success in school, as well as in life. How can you get somewhere if you don’t know where you’re going?

Here’s an example of the major difference setting the right goals, in the right way, can make.

Three groups of students had very different academic outcomes based on how they set their goals.

The first group simply decided they wanted to improve their grades. They didn’t write down their goals. They just had an intention. Less than 5% saw any improvement in their grades over the semester.

The second group explicitly wrote down their goals. 32%, or nearly one third, saw some academic improvement over the semester.

The third group wrote down their goals, using a special technique called SMART goals. 94% of these students saw grade improvement during the semester.

SMART goals are those that are Specific, Measurable, Achievable, Realistic and Time-bound. By writing and defining goals in this way, the probability of their successful achievement dramatically increases.

Strategy 2 – How to Get Better Grades Faster.

This strategy is evidence that you can get better grades while you study less.

Do you know the secrets of focusing your effort to save time?

Successful people often use the power of the Pareto Principle. It’s also known as the 80/20 Rule. It states that 80% of your results come from 20% of your effort.

Here’s how effective the principle can be for you so that you know how to get better grades faster.

A group of 73 college students, who said they possessed good time management skills, spent an average of at least five hours a day studying. The average GPA of the group was 2.9.

A second group of 90 students spent approximately 2 ½ hours a day studying. Yet their average GPA was 3.7.

What accounted for the difference?

The second group used the Pareto Principle to focus on the proper 20% of their workload – and get 80% of the benefit.

By properly focusing your efforts, you can learn how to get better grades faster by studying more effectively and efficiently.

Strategy 3 – How to Get Better Grades Faster.

Recent scientific research demonstrates that, surprisingly, one of the single greatest predictors of academic success is having powerful memory skills.

A student who possesses powerful memory skills will excel at math, science, history, language and other major areas of study. Those with poor memory skills are the most likely to fall behind.

What if you have a poor memory? The reality is that almost no one has a poor memory – and anyone can learn to improve his or her memory with effective memory techniques.

Conclusion: How to Get Better Grades Faster 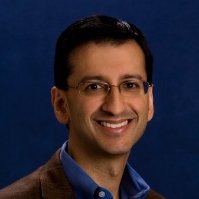 Prior to leading EduNova, Rick held many executive positions in the education consulting field. Numerous prestigious educational institutions, including HarvardUniversity, have sought his expertise.

More articles on how to get better grades faster