iBooks 2 May Change The World Of College Textbooks Forever

The days of a $500 bill for college textbooks may be gone, for good.

With Apple’s announcement of iBooks 2, the world of college textbooks is changed forever.

Education is a hard nut to crack. There are bright spots and clever new ideas, but technology hasn’t quite figured out how to do a better job than the “old ways.”

That’s why Apple’s decision to launch iBooks 2 and the attendant editing tools is so important: it tears down a number of entrenched technologies while maintaining the scaffolding of familiarity. It leaves the stuff that works and saves the schools, students, and parents money and time.

In short, it stabs the publishing industry while it embraces it, ensuring that its old methods are no longer profitable but offering it new tools to go forward. Whether they survive the initial thrust, though, is anyone’s guess.

There are, according to Apple, 1.5 million iPads in educational institutions. Each of those can hold thousands of college textbooks, apps, and tutorials.

It just makes sense for Apple to take the lead on something as important as education, just as Steve and Woz led the way with their first Apple IIs in 1980s classrooms.

I am a luddite when it comes to elearning. I see little value in one laptop per child or giving every kid an iPad. Technology is a distraction, at least to my David Foster Wallace view of where television dumped our generation into the doldrums of reruns and latch-key programming. However, if anyone can change my mind about giving the kids a tablet for school, it’s Apple.

Apple’s product is big on promise and will, in the end, kill the sale of college textbooks. Of that I’m certain.

How long it takes is the million dollar question today, but knowing the speed at which Apple forces the paradigm to shift, I doubt the college textbook publishers will survive much longer just selling dead tree product. 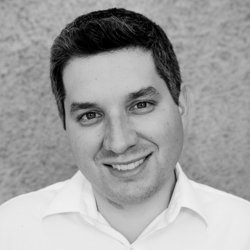 John Biggs is the editor of TechCrunch Gadgets. Biggs has written for the New York Times, InSync, USA Weekend, Popular Mechanics, Popular Science, Money and a number of other outlets on technology and wristwatches.

He is the former editor-in-chief of Gizmodo.com and lives in Bay Ridge, Brooklyn. You can email him directly at john@techcrunch.com.

Read more articles related to the world of college textbooks.