Mental Abilities Start A Steady Decline At The Age Of 45 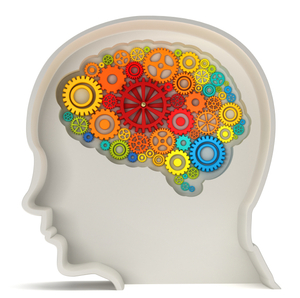 You may want to read this twice if you’re older than 45. In fact, you may have to.

That’s because your mental abilities are already in decline, according to a study just published in BMJ, the British Medical Journal.

For men and women who were between 45 and 49 when first tested, the ability to reason declined 3.6 percent over the next decade, the study found. And the decline was even faster for people in their 50s and 60s, especially men.

Other mental abilities that faded included memory, and so-called verbal fluency, which measures a person’s ability to quickly say words in a particular category.

But this study was larger than most earlier efforts and took the unusual step of testing each participant three times over 10 years.

The results suggest that efforts to head off fading mental abilities late in life need to begin in middle age, the study’s authors write at the end of their paper. These efforts should include “aggressive control” of problems such as diabetes, high cholesterol, and high blood pressure, which are linked to dementia and Alzheimer’s disease, they say.

Perhaps, says epidemiologist Francine Grodstein of Brigham and Women’s Hospital in Boston, who wrote an editorial accompanying the new study. The problem is that “we don’t know yet how to prevent the small amounts of decline which begin to happen at younger ages,” she says.

Even so, it may well turn out that the same things that affect memory at older ages also make a difference for younger people, Grodstein says. If so, “living a healthy lifestyle (e.g., a good diet, physical activity, etc.) starting at young ages might protect our brains when we’re older,” she says.

And even if you notice some lapses in memory as you age, there are likely to be other realms of thinking and decision-making where you improve. Barbara Strauch, author of The Secret Life of the Grown-up Brain: The Surprising Talents of the Middle-Aged Mind, says people’s feeling of well-being is highest when they hit middle age.

And some research indicates that the mental abilities of older brains are better at solving problems than younger ones.

Jon Hamilton is a correspondent for NPR’s Science Desk. Currently he focuses on neuroscience, health risks, and extreme weather.