Neuroscience And The Brain Of A Teenager

What insights can neuroscience offer parents about the brain of a teenager?

Why are teenagers insane?

Why is it about the brain of a teenager that they can be brilliant enough to check-mate us in ten measured moves but can’t remember to walk the dog before running off for a night of reckless lunacy with their maniacal friends? 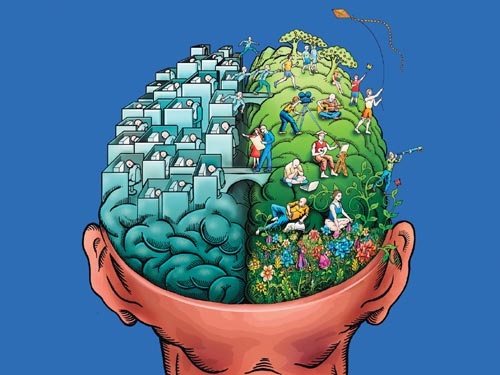 By 16, our children have attained adult ability in logic, so what’s their excuse, neurologically?

Frances E. Jensen, MD, Senior Associate in Neurology at Children’s Hospital Boston, Harvard Medical School’s primary teaching hospital notes that the brain of a teenager is, “about 80 percent of the way to maturity.”

This may sound reassuring, but that 20% deficiency in the brain of a teenager can launch moms and dads into spasms of despair.

A large percentage of the final fifth still in development is the prefrontal cortex (PFC), the “executive” of cognitive functioning.

The PFC is involved in planning, organizing, impulse suppression, and weighing consequences. Remove this inhibitory center, toss in excitable hormones, and presto! You get a risk-taking, peer-pressured mammal that’s hungry for novelty, thrills, intensity, and romance.

At the dark end of this equation there are fast cars, alcohol, drugs, and unsafe sex in multiple, nerve-wracking combinations.

During this traumatic time for our darlings (and ourselves), parents need to do their best to be exemplary guides, offering often-ignored support, love, and advice.

That’s why it’s helpful to know, anatomically, what’s occurring in the brain of a teenager and how best to accommodate the cranial crises. Here are some explanations and tips:

What’s a brief, ecstatic activity that can result in sobering, long-term consequences? Unsafe sex, with its high-risk of pregnancy, STDs, or both.

The brain of a teenager is uniquely prey to a risk-taking libido because it has a well-developed nucleus accumbus that seeks pleasure, but it’s weak in assessing probability (due to immature frontal lobes).

This leads to over-valuing short-term benefits, while underestimating enduring damage, also known as “leaping before you look.” Throw in alcohol, drugs, and peer group pressure (see below), and the probability of unsafe sex shoots even higher.

A study published in the journal Developmental Science indicates that high schoolers behave far more recklessly when their friends are watching. Researcher Laurence Steinberg opined to theNew York Times that teens, “do a lot of stupid things with their friends that they wouldn’t do when they are by themselves,” partly due to the fact that their “brain system involved in reward processing is also involved in the process of social information.”

Since teen craziness is both epidemic and contagious, try to convince your children to associate with buddies who have demonstrated at least a shred of self-restraint.

Teenagers who drink alcohol are exposing their vulnerable, still-developing cognition to the possibility of long-term mental impairment. The brain of a teenager contains more exposed axons (receptors) than adults; alcohol binds to these axons, impacting zones controlling memory, emotion, learning, motivation, and judgment.

Kids who drink at 15 years old are five times more likely to develop alcohol addiction than those who start drinking after 21, and teen drinkers are far more likely to injure themselves in a devastating car accident.

Harvard studies indicate that kids who smoke marijuana before the age of 16 can develop problems in making decisions, cognitive flexibility, and recalling details. Marijuana’s active chemicals, cannabinoids, block cell signaling in the brain that helps construct learning and memory.

Research has also shown that IQ can decrease, at least temporarily, in those who use cannabis. “Brain development is actively transpiring . . . in the teen brain, and [if] you throw in a drug on top of that, you could change the trajectory of brain development,” warns Dr. Frances Jensen of Children’s Hospital Boston.

Yawn . . . Is your high schooler lazy and fatigued? PBS Frontline documentary “Inside the Teenage Brain” explored “problem sleepiness” afflicting many teens. One study found that only 15 percent of teens get sufficient sleep on school nights.

Scientists still don’t understand the exact role sleep plays in brain function, but the latest research indicates that sleep is particularly important for the brain of a teenager. High school children need 8.4 – 9.2 hours of sleep per night; missing just 40 minutes per day can cause learning difficulties in school.

Get your teenager to sleep by 10 pm, and don’t let him snooze until right before class – the ideal time for learning starts two full hours after waking up. Daily aerobic exercise can help prepare your teen for instant shut-eye.

High schoolers might want to vacuum “junk food” and soda pop into their gullets. Don’t enable them! Instead, urge your teen to eat healthy food in order to support proper development of the brain parts that are still under construction. Feed them whole grains, lean protein, low-fat dairy, vegetables, fruit, and healthy fats, with a substantial breakfast, nutritious lunch, and snacks in-between to keep energy levels up. Watch out for eating disorders like anorexia or bulimia and also do your best to help them avoid the obesity that weighs down almost 20 percent of U.S. children this age. Learn these tips on brain food for kids.

Jay Giedd, neuroscientist at the National Institute of Mental Health, has remarked that exercise, “seems to be the first thing that is cut out of school curriculums . . . But [it] may be as important, or maybe even more important, than some of the academic subjects that the children are doing . . .”

Advice? Encourage your high schooler to be active in sports, and exercise regularly. If possible, parents should work out with their teens to provide healthy role models.

Why does your teen daughter say such cruel, painful things to you? Why won’t your 17-year-old son share his feelings? And what does this behavior indicate about the kind of adults they’ll turn out to be?

Here are the two biologically informed answers: At this age, the media prefrontal cortex associated with empathy and guilt – is underdeveloped. Your daughter has not thoroughly developed the ability to understand how her words and actions affect people. She might actually be oblivious to how her words sting.

And your son? Many girls at his age can explain their emotions, but boys are a few years behind in certain cognitive arenas. Your son’s emotions are probably still controlled by his amygdale, located in the “reptilian brain” area. You’ll have to patiently wait until this lower-brain region gets linked via myelination to his PFC, before he informs you of his feelings.

With so many physical and emotional changes going on –and the brain of a teenager that’s still a work in progress –it’s no wonder that the journey to adulthood is often a turbulent ride, for teenager and parent alike.

If your teen spends a good deal of time shrieking at you, or alternatively, replies to every question with a shrug or a grunt, comfort yourself with a biological explanation: He or she is probably right on track.

Hank Pellissier is a freelance writer whose fiction and essays have been widely published and anthologized. A former columnist for Salon and SF Gate, he is a regular contributor to h+ Magazine.

Related articles on the brain of a teenager.