Security in this country is a huge issue; on a national level, and for corporations, prisons and individuals alike. This is where Berkeley Varitronics Systems comes in – a leading provider of advanced wireless solutions and security products to the domestic and international wireless telecommunications industry.

Schober’s security team was part of the 9/11 first-responders who attempted to locate people buried under the rubble by locating their cell phones. BVS products can be used to detect anything – from people illegally crossing our borders, bomb threats, detecting smuggled cell phones in prisons, to protecting board room secrets of corporate America. 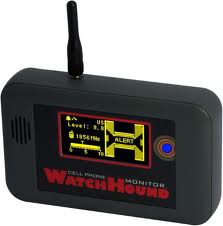 Berkeley Varitronics Wolfhound-Pro cell phone detector has been featured on Fox News. It is a precision, handheld, wireless sniffer specifically tuned to the RF signature of common cell phones for both U.S. and European bands and its high speed scanning receiver allows security personnel to locate nearby cell phones in either standby mode or during active voice, text or data transmissions. Instead of illegal and unsafe cellular jamming signals, this detector prevents wireless usage by detecting and even locating the perpetrator.

This product is vital in prison security where keeping cell phones out is becoming a major problem across the country, but especially in California where state prisoners are being bumped into local jails.

Prisoners having access to cell phones is always a serious safety concern, but more so with gang members who use them to contact outside members, intimidate witnesses, or conduct criminal activity from inside prison walls.Cell phones can also be used to relay information on transportation of inmates, by giving date, time and route.

Berkeley Varitronics Systems are featured at all major security events. They were recently a featured company at the 4G World Conference in Chicago, where attendees were offered an opportunity to meet their guest spokesperson, Los Angeles Lakers star Andrew Goudelock. They also recently made a presentation at the Chiefs of Police Conference in Kansas where they demonstrated the latest in cell phone detection devices.

Located in Metuchen, NJ, Berkeley Varitronics Systems has been providing advanced wireless solutions and products to the domestic and international wireless telecommunications industry for over 38 years.