Zumba for the Sole

I am someone who doesn’t run unless there is the threat of imminent danger.  I will be honest and admit that I have been a couch potato for years.  It wasn’t because I necessarily wanted to lead an unhealthy life style, but because an exercise regimen seemed more like a chore to me than anything else.

It is sad to think of the number of gym memberships that I have canceled throughout the years–my good intentions of self improvement have always fizzled after about a month. 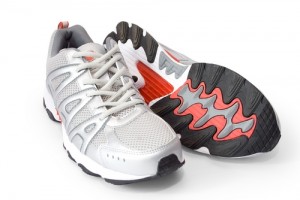 So when a good friend suggested to me that I try out the Zumba class that she attends, I was a little apprehensive.

I had heard of Zumba, but I wasn’t really sure what it was all about.

Erring on the side of caution, I paid for admission to one Zumba class instead of joining the gym immediately.  If I didn’t like it, well, I never had to go back.

My friend graciously let me take a good place, hiding in the back of the workout studio, and she chose a spot next to me as a way of offering me some moral support.  The boisterous instructor gave us a quick overview to explain what Zumba was and advice on how to bend correctly for squats.

Then, the infectiously happy music started up.  I was hooked immediately; the hour flew by in a flash.  Oh, I was exhausted at the end of class, but I was thrilled to have made it entirely through to its end.  What was more?  I actually had fun doing this!

I started Zumba classes off slowly by going to just one a week until I built up some endurance.

You can purchase specialty Zumba shoes and athletic wear online, but it doesn’t matter if you show up in regular gym attire.

Another important thing I’d like to share is that I am not coordinated; my hands will be doing one move, in sync with the instructor, and at the same time, my feet will be going in the exact opposite direction of everyone else in class.  Once again, this doesn’t matter.

The point of Zumba is to get your body moving and have a good time while you’re doing it.

What is Zumba exactly?  Fuse Latin American, Spanish and even some U.S. pop music with aerobic and dance moves, and what you get is Zumba.  This type of exercise is accommodating in that it doesn’t matter if you have done it for years or if you are going to your first class.  You can choose the intensity of your workout.

You can burn anywhere from 500-800 calories during a one hour a Zumba session depending on your body type and the amount of energy you put into it.  I was floored when I discovered this!

I knew I was sweating up a storm, but I had no idea that Zumba exerted the body that hard.  It is so much fun that you almost don’t realize you are working out!  Plus, I think it may be impossible to leave a class without its enthusiasm seeping into your being.

I look forward to going to the gym now, something that at age 32, I honestly thought  would never happen.  I had resigned myself to believing that I just wasn’t one of those people who could exercise regularly, because if I really wanted to get in shape, it was going to be a torturous and forced ordeal.  I was wrong!

With New Year’s resolutions on many of our minds, why don’t you resolve to try one Zumba class?  If you like it, you can always purchase a monthly gym membership later.  Watch out though, you may end up absolutely loving it like me.

Lisa Halter is a travel & lifestyle writer from Portland, Maine.  When she’s not Zumba-cising, she’s dreaming up new international adventures she’d love to experience.  She recommends booking flights to London with Fly Europe.