10 Things You Need to Know About Successful Networking 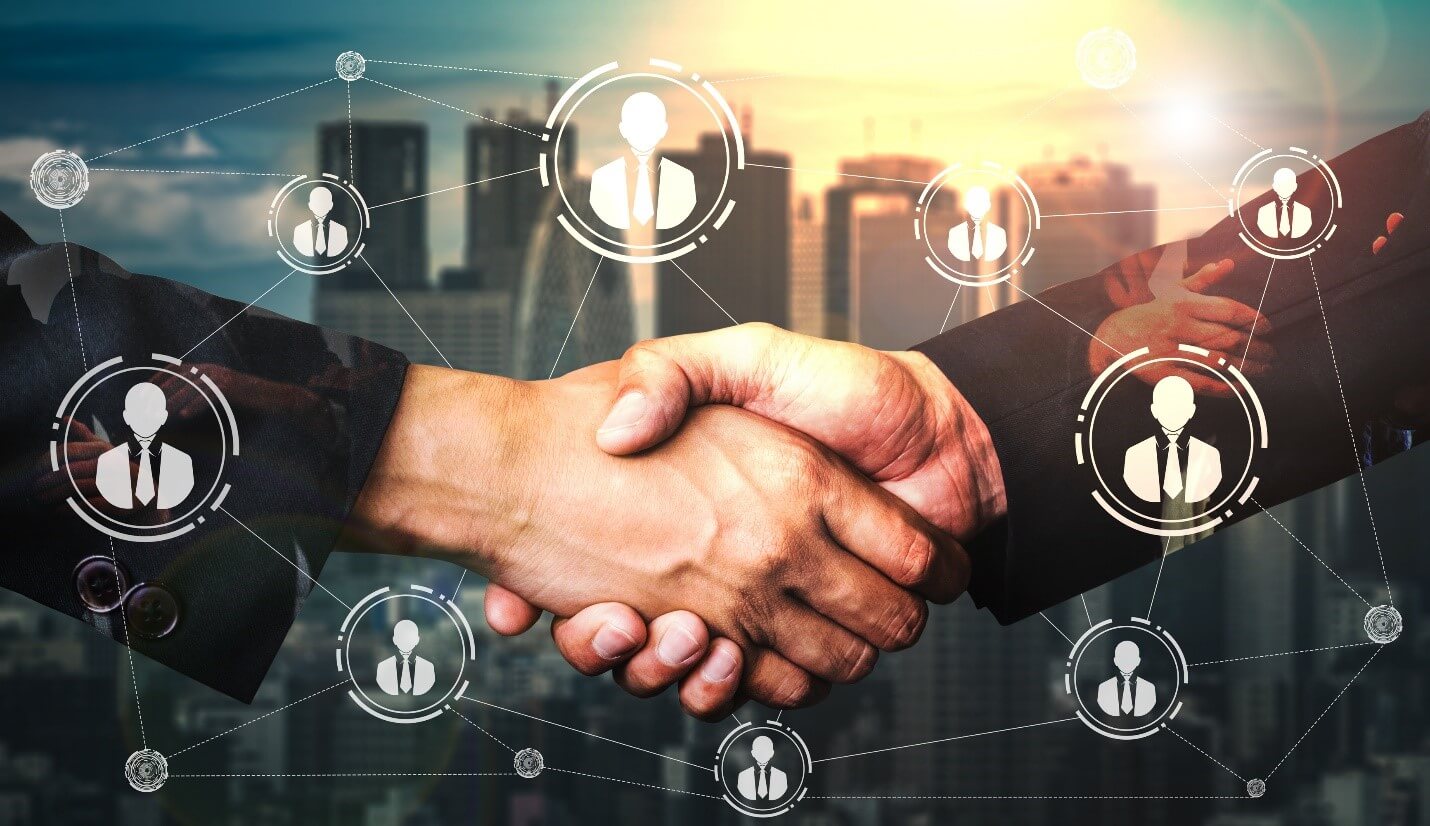 In the business world, you often receive the advice to put your networking skills to use.

Need to attract some new clients?

Wish you had a knowledgeable mentor?

The fact is, networking is a valuable and effective tool that can enrich and advance your career…when you use it properly.

The problem, according to Vickie Milazzo, is that many are wasting their time with a type of networking that is not working.

“I see many people investing a lot of time and energy into meeting new people and making those people like them,” says Milazzo, author of the New York Times bestseller Wicked Success Is Inside Every Woman.

“The problem is, they’re making connections with the wrong people, or they’re approaching the right people the wrong way…or both!”

Milazzo has a great deal of experience on which to base her observations.

As the founder and CEO of a multi-million-dollar company, she didn’t achieve her current level of success by having breakfast with the same 16 people every Wednesday.

“I started my professional life as a nurse, and I later started a company that consults with attorneys on medical-related cases,” Milazzo recalls.

“People often comment that I must have known a lot of attorneys when I started my business, but the truth is, I didn’t. I didn’t live in their neighborhoods or get invitations to their parties.

What I did do was reinvent traditional networking.

“To see good results, you need to know what type of person can help you and where you can meet these individuals,” she explains.

“You also need to build meaningful relationships once you do meet the right people. It’s all about being smart and being selective.”

If you’re ready to put an end to “not” working and see the results you want from networking, read on!

10 Things You Need to Know About Successful Networking 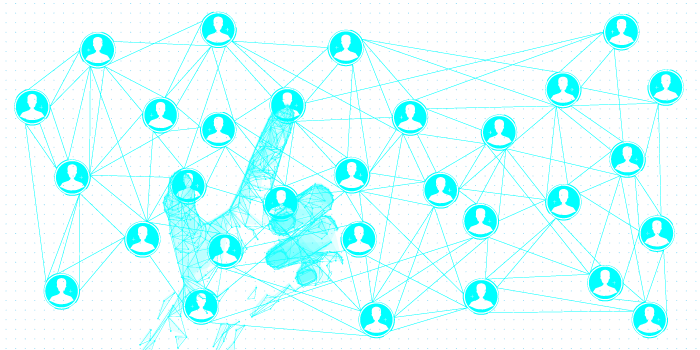 Perhaps because the strategy is so ubiquitous, many people confuse networking with merely being friendly.

Any time you meet new people and make new connections, the thinking goes, you’re adding on to your social circle and thus networking.

But according to Milazzo, that line of thought is stretching it a little thin.

True networking isn’t “just” hanging out and being friendly—it’s meeting the right people.

“Once again, I want to stress the importance of being selective when you’re trying to network,” she says.

“Think about it: you can chat and laugh and make friends all day—and that’s great for your social life.

“But unless your new buddies are also connected to you professionally, your efforts won’t have an effect on your resume.

“Remember, successful people are selective about where and with whom they network.

“They don’t expect a block party to change their businesses. Instead, they research what they need, they locate its source, and then they connect.”

Understanding that the neighbors’ cocktail party isn’t an opportunity to network is Step One.

Step Two is realizing that even among professionals, you must still continue to be selective.

In other words, you won’t necessarily find the people you need at your typical networking social hour.

You must create a personalized network of colleagues, clients, consultants, vendors, and acquaintances on whom you can depend to give you anything from information to referrals.

“I know a woman who joined a networking group that a friend had recommended,” Milazzo shares.

“The group turned out to consist of businesspeople, yes—but once she got to know them, my friend realized that none of her fellow group members had anything to do with her own profession.

“Still, she stuck it out for a year because the group had come highly recommended, and—surprise—got absolutely no business.

“Once she joined a group for attorneys, CPAs, and bankers, all of which related directly to her own job, her career took off.

“Believe me; it’s worth it to research the makeup of a group before you join or the guest list of an event before you RSVP.”

3. Networking Tip: Get Outside Your Comfort Zone

Generally, we tend to gravitate toward people who are similar to us: people who think similarly, who find similar things fun, and who are in similar walks of life.

Over 60 percent of people find jobs through networking, for example, and you can bet that most of them didn’t achieve this goal because they knew someone at the bottom of the pecking order.

“It’s normal to gravitate toward people who are the same as you—but in business, one of the main reasons why people don’t get ahead is that they don’t get out of their groups.

“Make every effort to meet people who are a rung or two higher than you on the professional ladder.

“If you impress someone more successful than you are, they’ll have a lot more influence than someone whose position is equivalent to yours.”

4. Networking Tip: Know When to Move On 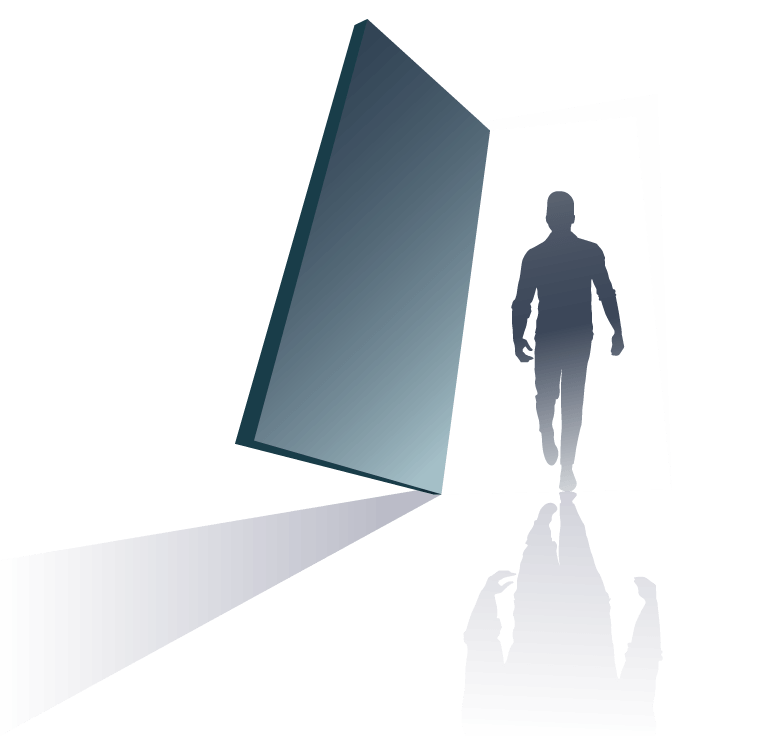 You’ve heard of beating a dead horse, but when it comes to networking, let’s amend the saying to “mining a dead prospect.”

In other words, no matter how selective you were on the front end, don’t make the mistake of giving any particular individual or group all of your time if you aren’t seeing results or getting quality advice.

“Remember, networking is about business, not pleasure,” Milazzo reminds.

“That’s not to say that you can’t develop a friendly relationship with people in your network. You can, and if you do, congratulations!

“Just don’t allow your own hopes or your liking for someone else anchor you to an unproductive group.

“Your time is valuable, and while you’re spinning your wheels over cocktails, you could be engaging big.”

5. Networking Tip: Instead of Casting a Wide Net, Go After Individual Fish 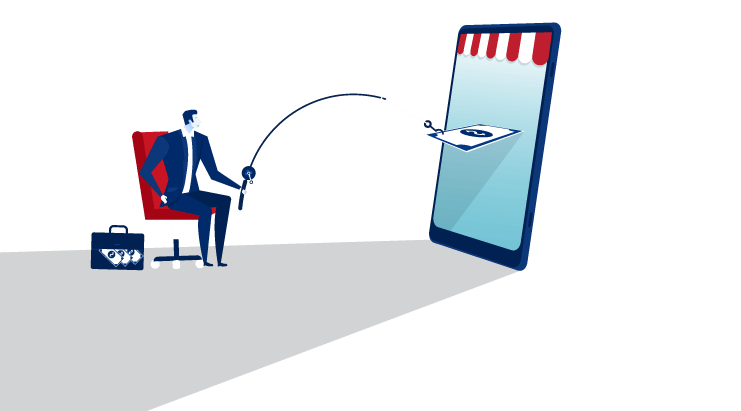 When you cast a wide net, you might garner a large number of possible contacts.

But chances are you won’t be able to spend enough time building a relationship with each of them to make it a worthwhile networking experience.

“However, when you try to hook individual fish, focusing on one or two specific contacts at a time, you can build stronger, more meaningful relationships,” says Milazzo.

“You’ll get to know their wants and needs, and they’ll have a better understanding of yours.”

6. Networking Tip: Develop a System for Keeping Up with Details 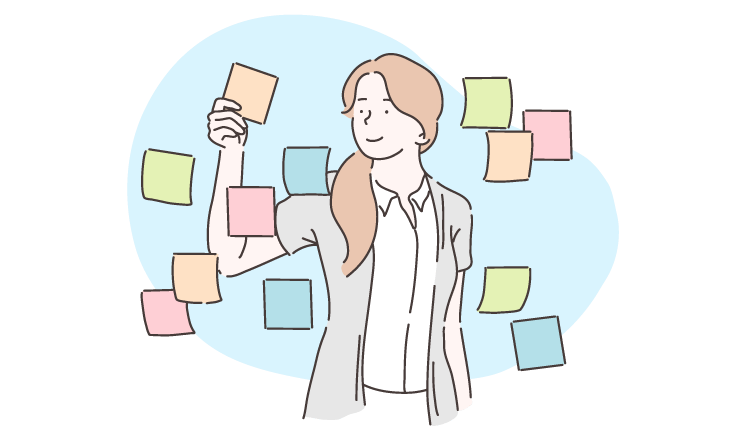 How often have you attended a conference or other event, met a bunch of different people, and then returned home without cultivating any of those relationships?

In fact, you probably went right into planning mode for the next event on your schedule.

“Instead, put the information you learn from and about people to work,” advises Milazzo.

“There are tons of apps and other software available today that can help you keep up with important details about people immediately after you meet them.

“When you meet someone new, take note (electronically) of what the person looked like, what you discussed, and one or two things you found unique about that person.

“That way, the next time you speak with him or if you want to reach out after the event, you can mention something that will personally interest him, allowing you to make a stronger, more lasting connection.” 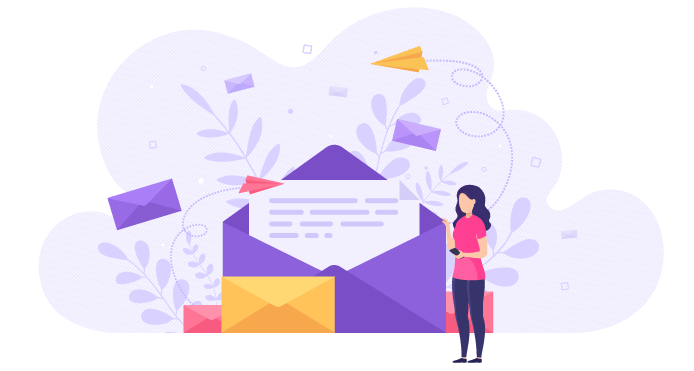 Rubbing elbows at one or two events with a new contact does not automatically create a beneficial relationship.

How you follow up with that contact is just as important as how you made your first impression.

“When you do check in with a new contact, find a way to create value,” recommends Milazzo.

“Send her an article that you think might interest her or connect her with someone you know who might be a potential new customer for her or who might be able to help her with her business.

“Tell her you recently put a piece of her advice to work, and thank her for her valuable insight on the matter.

“When you do these things, you create reasons to stay in touch, and that’s a great way to keep the relationship growing.”

8. Networking Tip: Don’t Wait Until You Need Something to Follow Up 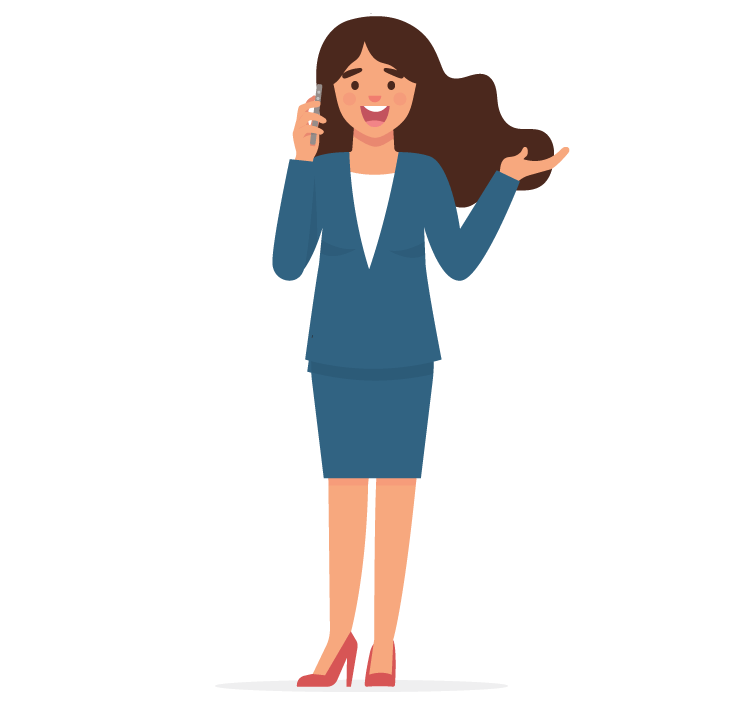 Remember, the new relationships you’re forging aren’t all about you trying to get anything and everything you can out of your contacts.

Be careful that you’re not constantly reaching out to them, always asking for this or that.

“Show how you can benefit the person as well,” says Milazzo. “Simply waiting until you need something to reach out to the person will make him feel like you’re taking advantage of him.”

While networking through social media is an important way to make a connection, it’s not the only way to maintain it.

You can’t and shouldn’t depend on millions of LinkedIn connections and Facebook friends to do the trick.

“Simply having an online connection with a huge group of people is not going to drive that much action for you,” notes Milazzo.

“You have to connect with social media connections offline to really form meaningful relationships with them.

“Write them letters or thank you notes. Heck, actually pick up the phone and call them!

“A colleague recently told me that she met with a high-level businessperson who told her he calls four different people in his network every morning just to reach out and see how they’re doing.

“The lesson learned? You simply can’t lose when you create a systematic way for staying in touch!”

10. Networking Tip: Give as Much as You Get 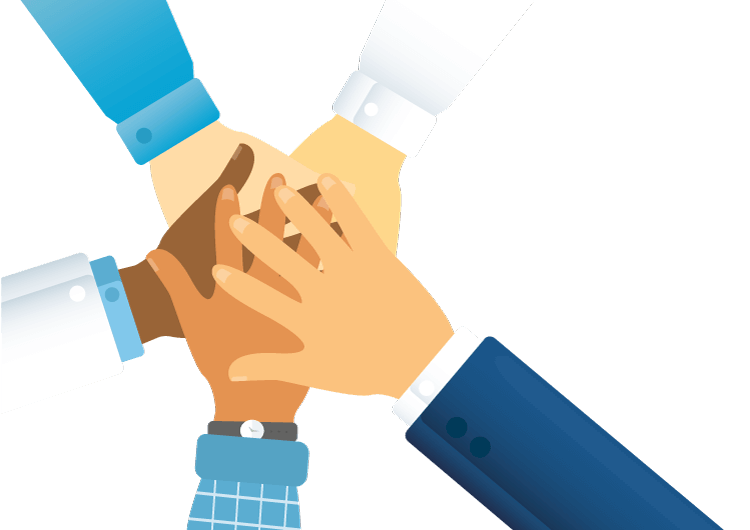 Successful networking is a two-way street.

Most of us start by asking for help and advice, but as we become more knowledgeable and successful, we gain the means to help others.

Remember, success isn’t a monopoly: the more creative, intelligent, and effective people there are, the more successful your entire industry will be.

Whenever possible, give younger (or at least more inexperienced) people a piece of advice or a leg up whenever you can.

“On the flip side, no matter how successful you become, do whatever you can to help those who have helped you,” Milazzo suggests.

“Successful people are bombarded with requests for help.

“They respond to the individuals they like and have a positive history with.

“This is where developing meaningful relationships comes into play—if you are there for someone in your network, he or she will probably be there for you in the future.”

“Ultimately, taking “not”working to networking isn’t difficult—it simply requires you to be smart about who you’re spending your time with.

Always engage in compelling and meaningful networking, not just a pocketful of business cards and a glass of cheap white zinfandel.

And never stop expecting high performance from your network—if it’s not productive, move on!”

Are you guilty of “not”working?

And are you going to be putting any of these tips into practice?

I want to know how it goes for you!

Vickie Milazzo, RN, MSN, JD, is the author of the New York Times bestseller Wicked Success Is Inside Every Woman WickedSuccess.com.

From a shotgun house in New Orleans to owner of a $16-million business, Milazzo shares the innovative suc¬cess strategies that earned her a place on the Inc. list of Top 10 Entrepreneurs and Inc. Top 5000 Fastest-Growing Companies in America.

She is the author of the Wall Street Journal bestseller Inside Every Woman: Using the 10 Strengths You Didn’t Know You Had to Get the Career and Life You Want Now.

Vickie is recognized as a trusted mentor and dynamic role model by tens of thousands of women, a distinction that led to her national recognition as the Stevie Awards’ Mentor of the Year.