10 Tips To Boost Your Energy Naturally

We live in a fast paced world and it seems like everyone is looking for a quick and easy way to boost your energy.

Most people reach for a cup of coffee, or worse, a heavily caffeinated, sugar-filled energy drink.

Sure this might boost your energy initially, but in the end there is always a crash.

Instead, try using natural energy boosters that are safe, effective to boost your energy and have no crash later. 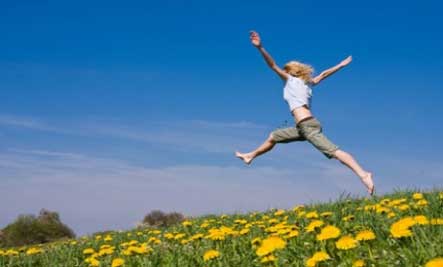 Boost Your Energy With Exercise

It seems odd, but exercise does provide an energy boost.

It may seem like the last thing someone would want to do when they are feeling tired and run down, but something as simple as a brisk walk around the office building gets blood pumping, increasing cardiovascular health and strength, revving up metabolism and releasing feel good chemicals in the brain that also increase alertness.

It doesn’t take a lot of time, and intensity is more important than duration. It’s also important to remember that exercise is cumulative, meaning that several short burst of activity, like five-minute exercises, have the same benefits as one long period of exercise.

Boost Your Energy By Socializing

Human beings are social creatures. Those with a strong support system have an easier time coping with stress at work, school and home, which can really sap energy much more than most people think.

This is why one of the classic signs of depression is excessive fatigue. By socializing with happy and supportive people, energy levels will skyrocket because happiness becomes contagious to everyone around.

Hunger is probably the biggest energy sapper around.

Food is fuel for the human body and just like a car, if there is no fuel in the tank, the engine can’t run. Eating small, frequent meals that are high in fiber will help keep blood glucose levels even and provide healthy energy throughout the day.

This would include things like fresh fruits and veggies, lean protein and whole grains.

Boost Your Energy By Getting A Good Night’s Sleep

This may seem like a no brainer, but it is surprising how many people don’t get enough sleep each night.

Experts usually recommend getting 7-to-8 hours of sleep per night, but some, such as those who work second and third shifts for example, have difficulty with this. The body responds to light cues, called the circadian rhythm.

Sleep is essential for resetting the body’s systems and the body releases chemicals in response to this rhythm that causes drowsiness. If it isn’t possible to get eight hours a night, taking a power nap during the day can help.

Despite most energy drinks being loaded with sugar and caffeine, overly caffeinated and sugary drinks can cause a serious afternoon crash.

The biggest culprits of the “afternoon crash” are foods high in fat, particularly saturated fat, simple carbohydrates and caffeine, although caffeine and crashing is somewhat paradoxical.

Caffeine in small doses can give an energy boost, but too much will cause a crash. Instead of the fast food drive through, opt for some lean meat and veggies and go for the iced tea instead of the soda; just make sure it’s unsweetened.

Boost Your Energy By Cutting Back on Caffeine

Millions of people indulge in a morning cup of joe, and there’s nothing wrong with that.

But loading up on caffeine can cause dehydration and continually consuming large amounts of caffeine puts undue stress on the adrenal system.

Caffeine is a stimulant, and like many stimulants, trying to quit cold turkey can be less than pleasant. If a little caffeine is needed, opt for green tea. It contains about half the caffeine and is less acidic, so it’s easier on the stomach as well.

If coffee is a must, try a latte. The addition of milk makes it healthier, but not much.

Boost Your Energy With Vitamins and Supplements

There are many different vitamins and supplements on the market that increase energy.

A good multivitamin each day can provide nutrients that aren’t found in the daily diet. Amino acid and other herbal supplements are available that increase energy and alertness.

However, caution should be used when taking any supplement. Some of them can interact with medications and overdose is possible.

By getting a bit more sunlight the brain chemicals that send the “wake up” signals to the body are increased.

In addition, sunlight also provides vitamin D, a vitamin essential for the absorption of calcium in the body. Just make sure to apply sunscreen if you plan on spending more time under the sun for an energy boost.

Boost Your Energy With Breathing

Oxygen is essential for every cell in the human body. Deep breathing can increase vital oxygen in cells and increase energy.

This is why athletes often hit the O2 during and after a big game. When sluggishness hits, sit down and inhale slowly. Hold it for a second or two and let it out slowly. Repeat this 10 times to banish the afternoon droop.

Boost Your Energy By Drinking Plenty of Water

It’s common knowledge that the body is 70 percent water. So drinking plenty of water is essential for good health and wellbeing.

If afternoon fatigue is a frequent problem, increasing water consumption can help flush toxins from the body and give you an energy boost.

None of these ways to boost your energy require much effort and all of them will lead to better health and wellness.

There is no one magic way to boost your energy, but better overall health and a better sense of wellbeing is a great way to increase energy for everyone.

Wendy Innes has been a freelance writer since 2007. She is a regular contributor to SymptomFind while pursuing her education in new media journalism as well as natural healing.

Her interests include mental health, nutrition, fitness, women’s health and natural health care such as homeopathy, aromatherapy and massage.

Read more articles on how to boost your energy…