The PBS NEWSHOUR took a close look at the link between at-risk youth dropping out of high school and juvenile crime in two reports airing this month.

With the help of a teacher and several mentors, Rios turned his life around after his best friend was murdered, and  he now serves as a mentor to at-risk youth in Santa Barbara. 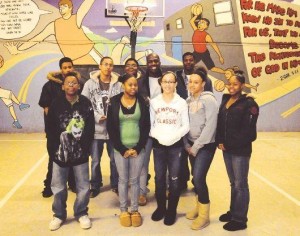 During the second report, the NEWSHOUR focuses on the work of documentary photographer Richard Ross, who has spent the last five years photographing young people in the juvenile justice system, many of whom are dropouts. In the piece for the NEWSHOUR,

Ross shares what he has learned about the dropout problem and youth crime after speaking with more than 1000 at-risk youth in 30 states.

A companion blog post about Rios can be found HERE.

The pieces are part of American Graduate: Let’s Make It Happen, a national public media initiative funded by the Corporation for Public Broadcasting (CPB), in partnership with America’s Promise Alliance and the Bill and Melinda Gates Foundation, to help communities across America address the high school dropout crisis and at-risk youth.

As part of the initiative, NEWSHOUR correspondents will travel the country examining the roots of the dropout problem and its consequences for American society.

While correspondents report on the depth of the problem, the PBS NEWSHOUR’s Student Reporting Labs will help classrooms and afterschool programs investigate the dropout issues from the perspective of the young people most affected.

Finally, educators across the country will get the chance to weigh in on the problem through a series of American Graduate Teacher Town Halls organized by 12 public television stations.

The PBS NEWSHOUR Student Reporting labs can be found HERE.