African-American inventors have changed the world in many ways, some more so than others.

The advances made by African-American inventors are often overlooked, despite the profound impacts that they have made across the globe.

Still, these creations are essential to the way that the world has developed.

Below are 10 inventions by African-American inventors, listed in chronological order, that have left their mark on history and society. 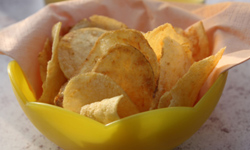 As the story goes, Crum invented the potato chip as a reaction to an angry customer at a restaurant in which he worked as a chef. Since then, this snack has become popular around the world and defined, to an extent, the very nature of snack foods.

It may not appear to be a world-changing invention, though its creation has led to the development of a billion dollar industry that spans the globe.

Though Thomas Edison may be credited with creating the first light bulb, it was Latimer who made it practical enough to be used in everyday life.

The carbon-filament made light bulbs cheaper to produce and more efficient, leading to the rise of their popularity.

Without this invention, the world might be a much darker place to live in.

Morgan was a contentious individual whose inventions were often aimed towards saving lives.

The gas mask is one that, since first being introduced in 1916, has been utilized by emergency personnel everywhere to keep them safe in dangerous situations.

It was also heavily used during the chemical gas attacks of WWI, saving thousands of lives on the front line.

In a world that was quickly becoming filled with cars, Morgan’s traffic signal design was a revolutionary step forward in the field of traffic control.

His original model was a simple “stop” and “go” system which required hand-cranking to operate.

Though this design never saw widespread use, it was subsequently improved upon and led to the complicated and efficient system that is used in America today. 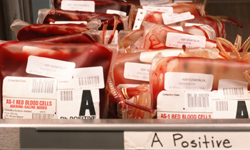 Drew’s original research was in the separation and storage of plasma for easier and more efficient use.

He developed a method which allowed plasma to be dehydrated, enabling the practical formation of blood banks.

This process became very important for treating wounded soldiers during WWII and has since saved countless numbers of lives.

Perhaps one of the most unnoticed inventions which have changed the shape of the world, the development of refrigeration systems for long-haul trucks, railroad cars and ships has become an essential part of the world’s infrastructure.

Without this invention, food and other goods which can spoil would not be shippable in the same regard as they are and the modern-day supermarket would cease to exist.

The invention of this microphone is one that would signal the birth of the way communication is handled in the modern age.

It was used primarily in telephones, though has since come to fill many other niches in acoustic technologies, being refined and improved upon for half a century.

An estimated 90% of microphone designs today are based on West’s original design.

Though the original design could be seen as quite archaic compared to what is used today, the concept of closed-circuit security has had a major impact on the way the world functions.

In addition to becoming a major factor in how police investigations are performed, the rise of camera-based security both at home and in public places has taken permanent root, inspiring both the fear of “Big Brother” and the comfort of knowing that one is protected.

The invention of this device was a great boost to the progression of astronomical science and observation.

The far-ultraviolet camera and spectrograph enable scientists to view ultraviolet activity in the Earth’s atmosphere and in other space phenomena.

Carruthers was a pioneer of NASA R&D, and his invention made its way to the moon aboard the Apollo 16 in its 1972 launch. Without this device, much of what is understood about space today would not be the same. 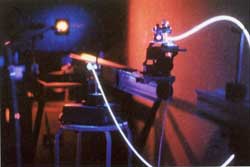 Dr. Patricia Bath was dedicated to her work of dealing with and finding ways to alleviate visual problems.

The Laserphaco, along with its methods of operation, revolutionized cataract surgery, making it a safer and more viable option for sufferers. This invention formed the basis for cataract surgery technologies that are used up to this very day.

It is the devotion to innovation and the need to help people which acted as inspiration to several of these inventions, as well as countless others.

Without these great African-American inventors, many of whom faced severe adversity during their lifetimes, the world would not be the same place it is today.

Katie Burgess is a contributing writer and car insurance specialist who, in her spare time, enjoys hiking, swimming, and jogging.