In honor of Black History month we take a look at the businessmen and businesswomen who paved the way for today’s African-American billionaire entrepreneurs, CEOs and corporate executives.

Prior to the Civil War, despite severe restraints on their movements and limited capital, slaves and free blacks developed enterprises that paralleled mainstream business activity. In the 18th century, Paul Cuffe, the son of an Ashanti from Ghana and a Wampanoag Indian woman in Massachusetts, was a prominent sea captain whose ships and all-black crews serviced the Atlantic Coast and sailed to Europe and Africa.

William Leidesdorf was America’s first millionaire of black descent. During the 1840s, prior to the gold rush, the native of the Dutch West Indies engaged in trade and real estate, built San Francisco’s first hotel and was the city’s first treasurer.

Clara Brown moved to Central City, Colo., for its gold rush in the late 1850s, established a successful laundry and bought real estate. She also searched for 50 years for her family that had been sold away. Brown was the first woman and first black inducted into the Society of Colorado Pioneers. In her 80s, she found her daughter and granddaughter.

After the Civil War, white workers resisted the prospect of millions of ex-slaves competing for jobs. In Baltimore, when 1,000 black ship caulkers lost their jobs, Isaac Myers organized the fired workers, raised funds from black churches and bought a shipyard that won a government contract. Myers let whites join his union, but his efforts to integrate white unions were rebuffed.

By the mid-19th century, European immigrants were supplanting free blacks in services and crafts. In response, Frederick Douglass wrote, “We must become valuable to society in other departments of industry than those servile ones from which we are rapidly being excluded. We must show that we can do as well as be; to this end we must learn trades.”

“At the bottom of education, at the bottom of politics, even at the bottom of religion, there must be, for our race, economic independence.” In 1900 Booker T. Washington, one of the post-Reconstruction era’s most visible, influential and controversial black leaders, founded the National Negro Business League.

Raising money is hard, but black mutual-aid and burial societies have done it for hundreds of years. In 1903, by pooling her community’s money to open the St. Luke Penny Savings Bank, Maggie Lena Walker became the nation’s first woman to charter a U.S. bank, as well as its president. The Richmond, Va., bank was an outgrowth of a community cooperative-insurance society.

Madam C.J. Walker, born Sarah Breedlove McWilliams, once said, “I got my start by giving myself a start.” Walker revolutionized the black hair-care business and showed thousands of women that they could succeed. A political activist, she contributed thousands of dollars to anti-lynching campaigns. In a New York City suburb, she built a mansion that is a national treasure.

After World War I, returning black soldiers established businesses and pushed for equal rights and economic independence nationwide. On May 30, 1921, Tulsa’s 35-block Greenwood section, known as the Black Wall Street, was home to a thriving community of more than 10,000 blacks — including doctors, lawyers, merchants and other entrepreneurs — and two newspapers. That day, it was attacked and destroyed by a white mob.

Click here and here for video of the Black Wall Street in Tulsa. 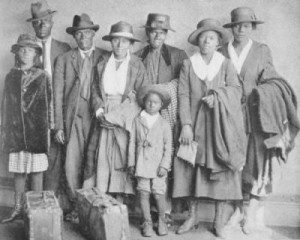 Between the 1880s and the 1930s, at least 2.5 million Southern blacks moved north. They were enticed by articles and editorials in the Chicago Defender, Pittsburgh Courier and other black papers; a cotton sector ravaged by flood and insects; labor shortages during World War I; their use as strikebreakers; a burgeoning automobile industry; a desire for better housing and schools; and, most important, a desire to escape Jim Crow.

The Alabama native, born in 1893, was a disciple of Booker T. Washington’s gospel of learning a skilled trade and owning a business. A.G. Gaston sold burial insurance, made caskets, was an undertaker and opened a cemetery. Later he opened a business college, radio stations, a savings and loan, and a motel. An ardent backstage civil rights supporter, Gaston wanted to turn black power into green power. He died at age 103 in 1996.

As blacks arrived in the North, white labor unions fought integration. Asa Philip Randolph organized a union for the Pullman porters that affiliated with the American Federation of Labor in 1928. As World War II neared in June 1941, President Franklin D. Roosevelt signed an executive order banning racial segregation against 5 million black workers in the defense industry to avoid their marching on Washington, D.C.

Watch video of A. Philip Randolph and Pullman Porters.

African-American stories and articles needed to be told nationwide, and John H. Johnson was determined to publish them. He turned $500 borrowed against his mother’s furniture into the seed money that created Johnson Publishing Co., home of Ebonyand Jet magazines, and placed Johnson on the Forbes 400 list of the nation’s wealthiest citizens.

Forty years ago, Earl G. Graves Sr. founded Black Enterprise magazine to cover the nation’s unsung black entrepreneurs and corporate executives. It has since become the bible of African-American business, and today many blacks inspired by the magazine’s articles work in and own companies in every sector of business imaginable.

Reginald F. Lewis was always bold. In 1983 the Harvard Law grad founded TLC Group, an investment group, and borrowed $24 million to buy McCall Pattern Co. Three years later, he sold it for $65 million. Then he used investment capital to buy Beatrice Foods, a $1.5 billion global food concern, and renamed it TLC Beatrice. This catapulted Lewis onto the Fortune 500 list. The visionary businessman died in 1993 at age 50.

In 1883 a black man, C.H. James, walked into West Virginia’s countryside to barter trinkets for vegetables to sell at market. More than 12 decades later, his great-grandson, Charles H. James III, is still in the food sector running the $66 million C.H. James Restaurant Holdings, LLC, and teaching his three sons the business. 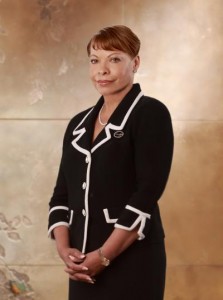 Lockheed Martin’s Information Systems & Global Services sector, with 45,000 workers, is one of four business units. Its leader, Linda Gooden, is responsible for the unit’s provision of information-technology solutions, systems and services — worth $12 billion in 2009 — to support civil, defense, intelligence and other federal customers globally.

Whether or not one likes the result, Robert “Bob” Johnson transformed television when he created the Black Entertainment Television network. Johnson subsequently made billions on its sale. His investment firm, the RLJ Companies, holds control of investments “in banking, private equity, hospitality, automobile dealerships, entertainment, professional sports and video lottery terminal gaming.”

Oprah Winfrey, the creator of the most popular television show in history, is a consummate businesswoman. Winfrey started her own production company and syndicated the Oprah Winfrey Show globally. Winfey publishes O, the Oprah Magazine; has an XM Satellite Radio channel; created Oprah.com; executive-produced the movie Precious; and launched cable’s OWN: The Oprah Winfrey Network. In 2009 Forbes magazine estimated that the noted philanthropist is worth more than $2.3 billion.

Kenneth I. Chenault, the chairman and CEO of American Express, joined the company in 1981. The Bowdoin College and Harvard Law graduate became president of the U.S. division of American Express Travel Related Services Co., Inc., which produces two-thirds of AmEx’s revenue, in 1993. He assumed his present position in 2001.

Click here for video of Chenault on AMEX after 9/11.

In 2009 World Wide Technology Inc. was No. 1 on the Black Enterprise Industrial/Service company list with revenue of $2.5 billion. David L. Steward founded WWT — a provider of technology products, services and supply chain solutions to public, private and nonprofit customers — in 1980.

The 28-year IBM veteran is senior vice president for the Systems and Technology Group. He leads all aspects of IBM’s semiconductor, server, storage, system-software and retail-store solutions enterprise. The division earned more than $16.2 billion in 2009. Adkins is also in charge of Big Blue’s integrated supply chain, “which includes global manufacturing, procurement and customer fulfillment.”

Click here for video of Adkins receiving accolades for being named Black Engineer of the Year.

Dennis Hightower, deputy secretary at the Department of Commerce, handles the day-to-day administration of the department’s 12 bureaus. Prior to commerce, Hightower was CEO of Europe Online Networks S.A., a broadband-interactive-entertainment firm. He also led Walt Disney Television & Telecommunications and was president of Consumer Products, Europe/Middle East and Africa.

In November 2010, the board of directors of the world’s second-largest drug maker elected Frazier as CEO and president. He succeeded Richard T. Clark on Jan. 1, 2011. Frazier joined Merck in 1992 as general counsel and played an instrumental role in the 2009 merger with Schering-Plough. Frazier received his bachelor’s degree from Pennsylvania State University and J.D. from Harvard Law School.

The publisher, producer, television host, philanthropist and billionaire multimedia entrepreneur launched the Oprah Winfrey Network (OWN) with partner Discovery Communications at noon on Jan. 1, 2011. Leading cable and satellite companies will distribute OWN, through which Winfrey pledges to “entertain, inform and inspire people to live their best lives,” 24-7. Dr. Phil, Dr. Oz and Suze Orman joined Winfrey on her launch day as she unveiled a host of uplifting, health-driven shows.