The story of how Booker T. Washington brought education to the South is now being told by Stephanie Deutsch’s latest book: YOU NEED A SCHOOLHOUSE.

An important turning point for Civil Rights, African Americans, Education, and the South, the Rosenwald Schools, one of US history’s lesser known yet riveting tales, tells the story of how Booker T. Washington & Julius Rosenwald built schools throughout the segregated South, in a truly remarkable and unlikely partnership.

Weaving together aspects of early US education, Booker T. Washington & Rosenwald defied the odds in a time of extreme race segregation to deliver education to the South by way of Chicago and their steadfast beliefs in education and equality. 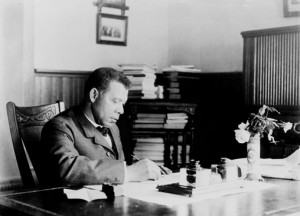 Still in use today in many towns throughout the South, Rosenwald schools were educating one third of the African American children in the South when they were built.

They represent a significant step in the ongoing endeavor to bring high quality education to every child in the United States, and helped set the table for the Civil Rights movement.

In her latest book, YOU NEED A SCHOOLHOUSE, leading writer and critic STEPHANIE DEUTSCH tells the little known tale of Booker T. Washington, Julius Rosenwald, and the Rosenwald Schools.

YOU NEED A SCHOOLHOUSE
Booker T. Washington, Julius Rosenwald, and the Building of Schools for the Segregated South

In You Need a Schoolhouse:  Booker T. Washington, Julius Rosenwald, and the Building of Schools for the Segregated South, Stephanie Deutsch tells the story of the remarkable partnership between the two titular men who met one hundred years ago, in 1911, in Chicago. The title of the book comes from Washington’s charge to those seeking to meet the thirst for education among African Americans during the most oppressive days of Jim Crow.

Booker T. Washington was then the country’s foremost African American, widely admired as the founder of Tuskegee Institute and the author of Up From Slavery, yet also harshly criticized by W.E.B. DuBois and others as an accomodationist, more interested in appealing to whites than to those of his own race.

Julius Rosenwald, the millionaire president of Sears, Roebuck and Company, was the son of German Jewish immigrants, rising to prominence not just in business but as an imaginative philanthropist.

Together they created the program that would bring  thousands of “Rosenwald schools” to communities all across the South in the years when  public education was determinedly “separate” and far from “equal.”

By the nineteen forties and fifties, Rosenwald schools were educating one third of the African American children in the South.

They represent a significant step in the ongoing endeavor to bring high quality education to every child in the United States.

You Need a Schoolhouse is riveting history that will appeal to anyone interested in the period that led up to the Civil Rights movement and the ongoing struggle for educational equality in the United States.

Stephanie Deutsch is a writer and critic living in Washington, D.C. She has written for the New York Times, the Weekly Standard, the Millions blog, the Washington Times, and neighborhood newspapers. She edited and wrote the introduction to Capitol Hill: Beyond the Monuments, a book of photographs published in 1996 by the Capitol Hill Arts Workshop.