What Happens When Our Children Don’t Get Enough Sleep?

We, as parents, know what it’s like to drag through a day without much sleep but what about when our children don’t get enough sleep.

Adults can force their way through a long day after a night full of that “broken” sleep (when you wake up every two and a half hours throughout the night).

When our children don’t get enough sleep for their little bodies, they can exhibit behaviors that are completely opposite from our own, with hyperactivity and lack of focus being the two most complained about “symptoms”.

I can relate to all of the above as a mom of seven, living through days of pure exhaustion and quite often dealing with overtired children who are quick to start fussing, fighting and whining.

There are definitely times when the easiest way to cure the negative behaviors is to fill their little mouths with yummy snacks and treats throughout the day.

Economically speaking, however, this isn’t easy on the grocery budget, and this will also teach children unhealthy eating habits at a young age.

With seven children, I have to play the food sheriff sometimes, monitoring the intake of snacks and treats, because I admit that I keep plenty of snacks on hand.

I also keep apples and bananas and other healthy snacks on hand as much as possible, too, but there’s nothing like a slice of freshly baked cake, homemade brownies or gingerbread cookies between meals, is there?

Unfortunately, when our children don’t get enough sleep it is just as detrimental to their health as it is to an adult’s health, and can lead to childhood obesity and related diseases.

The Links to Childhood Obesity and Other Diseases

Numerous studies have been conducted by the CDC, National Sleep Foundation, the National Institute of Health and many other organizations and agencies on sleep deprivation, the causes and ways to treat – or resolve – when our children don’t get enough sleep.

One study performed by the CDC over the course of 20 years revealed an increase in hospital discharges in children aged 6 to 17 with medical diagnoses that were obesity-related.

When our children don’t get enough sleep the report found the sleep apnea diagnoses multiplied 436%, and they concluded that there was a direct correlation between the two.

These figures, alone, should give us the motivation to take a good look at what we should do when our children don’t get enough sleep and pay attention to their eating habits. 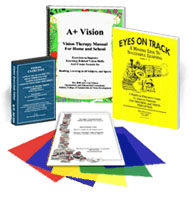 But, it doesn’t stop there…the CDC also said that children under the age of 10 are starting to develop type 2 diabetes, primarily an adult disease, and quite often associated with obesity, and they predicted that one third of the children born in the year 2000 would eventually develop diabetes.

It’s a snowball effect, starting when our children don’t get enough sleep, and can end up with serious health consequences for them, just like lack of sleep can lead to serious health problems for adults.

Be sure to exemplify healthy eating concepts by eating and drinking healthy food and drinks around your children. If they see you drinking water and milk all of the time, they’ll more than likely ask for what they see in your hands.

But, just as important: You have to establish healthy sleep patterns for your child. Stick to a sleep schedule that gives your child plenty of time to actually slumber soundly the entire amount of hours per day that their bodies need.

That means get the bedtime routine rolling early, leave ample time for stalling tactics that children are likely to pull, and if you need to start getting your child up earlier in the morning, be sure to plan ahead and put him to bed earlier the night before.

Bethany Cousins is the mom of seven children, founder of Mommy Rantings, and Independent Content Strategist.

She recently published her book, Review Bloggers: Get Flooded with Review & Giveaway Sponsor Products, which is available on Kindle now. Look for it in the paperback version in March!