How Recycling Numbers On Plastic Containers Affect Us

With most cities in the nation undertaking a recycling initiative, it’s important to know what those little numbers imprinted on your plastic bottles and jars mean. 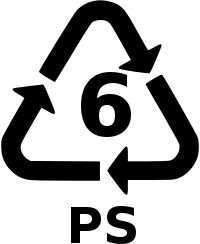 Some cities only recycle certain numbers, while other cities will accept any plastics, regardless of stamp. Here is a brief rundown of what your plastics recycling numbers mean.

You’ll see a PETE or PET stamped under the number one. This indicates that these plastics are made with polyethylene terephtalate; normally clear and generally safe. PETE is used most often in the manufacture of bottles that contain beverages: soda, water and sports drinks. Because these containers have a porous surface, they allow bacteria to accumulate over time. Consumers should recycle these plastics rather than reusing them as storage containers.

The HDPE stamp, along with the number two, can be found on milk jugs, juice bottles and detergent bottles. High-density polyethylene is normally opaque and considered safe. Almost all recyclers accept plastic #2.

Polyvinyl chloride, or PVC, is used for cooking oil bottles, plastic food wrap and plastic pipes. Plastic #3 is generally considered unsafe to be used near food that is being cooked! Consumers should never cook with food wrap or use it to store warmed food that will be consumed later or reheated. Some recycling centers will not accept PVC.

Under the stamped number four, you’ll find LDPE, or low-density polyethylene. This type of plastic is used for plastic shopping bags and bread bags. The plastic, thanks to its flexibility, is also used to make squeezable bottles. Though the plastic is considered safe, it is often not accepted by recycling centers.

Polypropylene is found in yogurt containers, medicine bottles and condiment bottles. Most recycling centers will accept plastic #5 as it is generally considered safe.

Commonly known as Styrofoam, polystyrene has been well known to Americans for years. Not only used for plates and cups, Styrofoam can also be found in hubcaps and other goods. Plastic #6 is next to impossible to recycle and should never be used in the microwave as the plastic leaches toxic chemicals when heated

Number seven is the catchall category. The plastic can be found in iPhones, baby bottles, riot shields and even auto headlights. If you’ve heard of the recent concerns with BPA, you’re not alone. This plastic, included in category seven, can leach chemicals, just as those found in category six. Many products are now labeled as BPA free to protect consumers and allow them to make smart buying decisions.

For those trying to green their lives and make healthy choices, stick with recycling plastics two, four and five. These are all generally considered to be safe.

Recycling plastics labeled with other numbers should be used with caution, and never for food preparation or long-term food storage.

While these recycling plastics may seem harmless enough, they can give off toxins, especially when heated. When possible, choose plastics that are labeled as being BPA free or stick with glass containers for your food and beverages.

Each city should be able to provide its residents with information regarding the types of plastics they accept for recycling. If you have questions, contact your city’s waste disposal office or your local recycling center.

Because you have no choice but to throw away plastics that can’t be recycled, it may be best to avoid them altogether.

Alaina Cashman is an environmental advocate and content contributor for RecyclingNumbers.com a site encouraging awareness of plastics guidelines.