How To Spot Early Signs Of Stress And Depression In Teens

Stress and depression in teens is more prevalent in today’s society.

Being a teenager is difficult in the best of times.  It’s doubly stressful for kids today; they’re experiencing the same worries and insecurities as adults in this troubled economy, and with far fewer coping skills.

Stress and depression in teens can come from families struggling with joblessness and foreclosure to increasing competition for college admissions to the normal fears associated with impending adulthood, they’re particularly vulnerable. 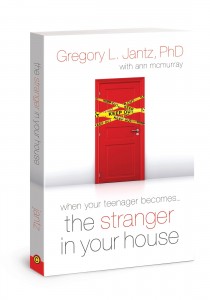 “Teens who are overwhelmed by stress often are unable or unwilling to ask for help,” says noted psychologist Dr. Gregory L. Jantz,  author of When Your Teenager Becomes…The Stranger in Your House.

“But the longer they continue to flail and struggle emotionally, the greater the chance they’ll develop more serious problems like clinical depression, generalized anxiety disorder, dependence on alcohol or drugs and, sadly, suicidal tendencies,” Jantz says.

“It’s up to parents and other adults to recognize when a teen is struggling and intervene.”

So how do you know when typical teen characteristics, such as moodiness, have moved beyond “normal?”

Jantz offers these tips to help you spot early signs of stress and depression:

Sometimes teens argue just to argue. It allows them to let off steam, express their displeasure about life in general and test boundaries. The occasional dramatic meltdown is to be expected. But it’s not normal for a teen to be angry and hostile all the time, constantly fighting and yelling.

Expect your teen to start pulling away from you – unless she wants something – and occasionally from their friends, as well. Sometimes, they just need to pull back for a few days, even from friends. But when they appear to isolate themselves for weeks, spending weekend after weekend alone in their room, they may be struggling with depression. Socializing with friends is one of the first things to go as depression sucks the joy out of life.

Teens have a lot to be anxious about – the prospect of independence is both exhilarating and terrifying, so some worrying is to be expected. But a teen who seems to be, or says he is, struggling daily with stress needs help. Two types of kids are especially vulnerable to developing generalized anxiety disorder, a heightened, constant state of anxiety: The worker bee perfectionist who crams his schedule with activities, responsibilities and tasks, and the kids who worry so much over anything, they can’t get anything done.

Teenagers tend to react dramatically when things go wrong – their boss chews them out, they fail a test, they get in an argument with their sweetheart. Adults know from experience that these things aren’t the end of the world and all will be well again, but teens lack that perspective. It’s normal for them to be in a bad mood about it for a few days, but to dwell on the problem for more than two weeks indicates they’re struggling.

The most recent data available, which is about 3 years old, puts suicide as the third-leading cause of death for teens after unintentional injuries (such as car accidents) and homicide, according to the National Alliance on Mental Illness. More than 2 million teens attempt suicide each year.

“I suspect new data will put suicide as the second and possibly even the leading cause of death for that age group, because depression is the biggest risk factor,” Jantz says. “We’re seeing more teenagers suffering from depression in recent years because of the economy and overstimulation by technology.”

Visit  www.APlaceOfHope.com  for an online survey to see if you or your teen is showing signs of depression (click “Depression” and then “Depression Survey” in the drop-down menu).” 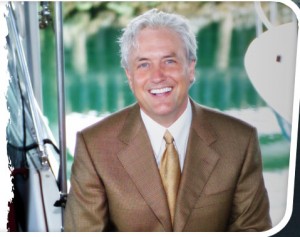 Gregory Jantz has more than 25 years experience in mental health counseling and is the founder of The Center for Counseling and Health Resources, near Seattle, Wash. The Center, “a place for hope,” provides comprehensive, coordinated care from a treatment team that addresses medical, physical, psychological, emotional, nutritional, fitness and spiritual factors involved in recovery. He is the best-selling author of more than 20 books on topics from depression to eating disorders.