In The News: Quitting Cursive Handwriting?

When was the last time you saw cursive handwriting on your computer screen, cell phone or tablet?

That cursive handwriting will no longer be taught in the elementary schools of several states has recently made many headlines.

In reaction, we say, “Hooray! It’s about time.” Even as teachers and champions of cursive handwriting, we applaud this change.

In this technological age, traditional cursive handwriting is outdated.

There are other options.

This brings to mind tedious exercises in grade school, inky fingers and low grades in penmanship. After all of this struggle to learn looped cursive handwriting, it is rarely used; all modern forms plead, “Please Print.”

“Cursive handwriting” comes from the Latin word “currere,” which means “to run.”

Cursive handwriting is literally a “running hand,” but cursive handwriting doesn’t mean that every letter in a word has to be joined to the next letter, that the writing must be sloped or that loops should be added to letters.

Cursive just means that handwriting has a flow to it that makes it a comfortable and efficient method of writing. 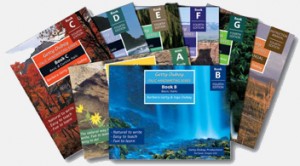 There are actually two kinds of cursive handwriting – looped cursive and cursive italic.

Looped cursive handwriting has been taught in U.S. schools since the early 1900s and is also known as The Palmer Method, Bowmar/Noble, Zaner-Bloser or D’Nealian, among other names.

In looped cursive, loops are added to lowercase and capital letters. Looped cursive requires that all letters in a word be connected.

When third grade students make the transition from printing to cursive handwriting, they must learn 26 new lowercase and capital letter shapes.

This is a time-consuming and often traumatic transition. In all other areas of education, learning is more closely linked to previously learned concepts.

Cursive italic comes to us from the height of the Italian Renaissance. Cursive italic is a joined form of printing that doesn’t require students to learn new letter shapes. Also, the letter slope is the same for both basic italic (printing) and cursive italic.

Since the writer is not adding loops to letters, handwriting remains legible. The writer may choose to join letters, lift between letters or use a combination of both techniques.

Printed handwriting is always an acceptable choice, and attorneys attest that a clear, printed signature is just as legal as an illegible, joined scrawl.

In our long experience, we have found that italic handwriting works well for all levels from kindergarten to adulthood.

Some children continue to print, while others easily segue into using diagonal and horizontal lines to connect some letters.

Adults in our seminars for medical professionals who have chosen to make their cursive handwriting legible often find it helpful to drop the loops, performing a “loopectomy” as one surgeon phrased it.

That’s why we see “Please Print” on every form: eliminating loops promotes legibility. Adults who use basic and cursive italic find that they have a legible and aesthetically pleasing cursive handwriting.

Considering your life experience, which of the two cursives, looped cursive or cursive italic, would you choose to learn again?

Think about process: Is the time spent teaching cursive handwriting efficient, and does it build on previously learned concepts?

Think about outcomes: Is the resulting cursive handwriting legible, and is it an effective means of personal communication?

So we applaud the decision of some states to stop teaching looped cursive handwriting. This opens up the possibility of teaching the more legible and easily learned cursive italic.

In this technological age, legible cursive handwriting is still important.

We encourage states and local school districts to adopt a more practical and handsome handwriting: basic and cursive italic. 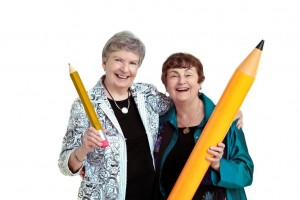 Inga Dubay’s work encompasses calligraphy, painting, drawing and printmaking. She taught at the Oregon College of Art and Craft for twenty-five years and was Book Arts Department Head for six years.

Inga currently teaches at the Sitka Center for Art and Ecology, where she was a board member for twelve years. She has also taught at Portland State University and has conducted numerous workshops including international calligraphy conferences.

Her work has been shown nationally and internationally in juried and invitational exhibitions as well as shown in publications including Letter Arts Review, Lettering Arts and featured on Oregon Public Broadcasting Art Beat. Her essay, “The Write Stuff,” appeared as an Op-Ed in The New York Times, September 8, 2009.

Inga studied calligraphy with Reed College Professor and Oregon Calligrapher Laureate Lloyd Reynolds and with Lois McClelland at the Oregon College of Art and Craft.

She and co-author Barbara Getty have presented 168 handwriting seminars for medical professionals nationally as well as presentations at patient safety conferences in Europe.

They have been featured on ABC, CBS, NBC, PBS, NPR and in numerous newspaper and magazine articles. For more information visit www.HandwritingSuccess.com.