Is it just me or does it seem like we now have an unusually high percentage of the population who are “allergic” to wheat and gluten? And why is celiac disease supposedly on the rise?

Interestingly, the gluten free trend comes at a time when there has never been more gluten in the typical American diet than now. 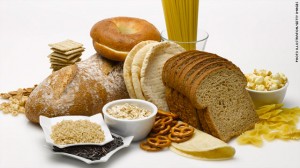 Gluten is the protein found in foods like wheat and rye and it is difficult for some people to digest.

Symptoms of gluten sensitivity can be rather random (headaches, depression, fatigue, irritable bowel syndrome, etc.) and differ from one individual to the other.

For those with true celiac disease, which is an autoimmune disease, eating gluten can lead to many serious health problems, including damage to the small intestine and digestive system, and therefore absolutely must be avoided.

(Note: To get an accurate diagnosis of celiac disease, you need a blood test and/or small bowel biopsy to determine if there is atrophy in your gut.)

As a general rule, all foods containing wheat or wheat-related grains (rye, triticale, and kamut) contain gluten. Ancient grains such as spelt and barley are also on the gluten hit list, but they contain much less gluten than what is found in wheat.

Oats remain a subject of great debate in the gluten-free community—oats don’t actually contain gluten but they are often grown or processed right alongside wheat, so there’s the risk/ fear of cross-contamination (note: according to Peter Green, M.D., Professor of Clinical Medicine and Director of the Celiac Disease Center at Columbia University, the majority of people with celiac disease can tolerate oats.)

Because gluten is used as an all-purpose stabilizer and thickener, manufacturers add it to an astounding number of packaged food products ranging from marinades to coffees, packaged spices and even multivitamins!

In addition, many processed vegan foods such as veggie burgers and fake meat, namely seitan, are specifically made from wheat gluten, which gives these foods their rubbery, fake, meat-like texture.

Needless to say many of the foods that happen to be made with gluten, such as processed “meat-like” fakin’ bacon or imitation seafood, are not exactly what I consider “clean cuisine”…it’s not 100% fair to isolate the gluten and say the only reason these foods are unhealthy is because they contain gluten;

I think they are unhealthy for numerous other reasons.

Gluten-Rich Diets Are Not Traditional

Importantly, high levels of gluten are not historically natural to our diet. Additionally, the wheat we eat today is not exactly a completely natural food.

To compound the problem, the typical American eating the typical diet eats more wheat and consequently more gluten than ever before because wheat, or wheat derivatives, is found in many processed foods, most of which happen to be nutrient-poor.

Those who limit their intake of gluten are generally cutting out tons of starchy, refined, empty-calorie processed carbohydrate foods (no more pizza, bye bye burger buns) right along with their gluten…so it is no surprise why gluten free dieters often claim to feel better, have more energy and lose weight while shunning gluten-containing processed foods.

The vast majority of gluten-containing foods made with refined wheat flour, such as packaged breakfast cereals, breads, bagels, English muffins, pretzels, white pasta, pizza crust, pastries, crackers, and the like are notoriously low in nutrition and high in empty calorie starches.

In fact, eating a diet high in processed empty calorie carbohydrates can actually cause symptoms that mimic a food intolerance or food allergy.

So, someone who regularly eats a diet rich in refined carbohydrates (that happen to be high in gluten) and complains of feeling bloated, tired and depressed might switch to a gluten-free diet and replace their pizza and pretzels with nutrient-dense and naturally gluten-free carbs such as fruit, quinoa and vegetables—

I wouldn’t be surprised if they felt ten times better on the new gluten-free diet, but is that because of the lack of gluten, or is it because they are now eating an otherwise healthy diet low in refined carbohydrates?

On the flip side, I don’t necessarily think we should all be eating 6 to 12 servings of wheat and gluten-containing foods each day either! In my opinion, people today may be more susceptible to wheat and gluten intolerance (and even to celiac disease) because

Keep in mind, the less you eat of one particular food, the less likely you will become allergic to it, since most food allergies are dose- related. It really is important to eat a wide variety of foods. Continuing to bombard the body with the same food over and over can actually turn on the food- antibody response.

Is Gluten Free Healthier? Not Always…

And finally, let’s get real here…just because a cookie is gluten-free doesn’t mean it’s healthy!

So What’s the Solution?

Having said that, I absolutely don’t see any benefit to going out of my way to eat a wheat and gluten-rich diet either! Think of it this way, you probably wouldn’t eat 8 bananas in a day so why would you eat 8 servings of wheat a day? Aim for balance….and variety.

That’s what I do. While I might eat sprouted whole grain pasta for dinner tonight…I’m not planning on eating crackers, pizza, cookies and cake between now and then either.

There are plenty of other nutrient-dense, gluten-free grains to include in your diet including brown, wild or black rice, quinoa, millet, corn, buckwheat and amaranth.  No need to get stuck on wheat meal after meal after meal. 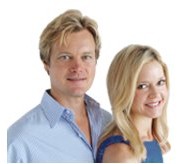 Ivy Larson is a healthy lifestyle coach, author of the bestselling Gold Coast Cure, which included a 30-minute workout DVD she choreographed and instructed, the follow-up Gold Coast Cure’s Fitter, Firmer, Faster Program and The Whole Foods Diet Cookbook. In addition to doing the recipe development for her own books, Ivy also does recipe development for other authors.