More public school students in the class of 2011 took and passed at least one AP Exam (Advanced Placement)—18.1 percent on average—up from 16.9 percent for graduates the year before, according to a report released Wednesday.

Yet the 8th annual “AP Exam Report to the Nation” shows that many students who had the academic potential to succeed in AP didn’t take exams, either by choice or because they attended a school that did not offer the subjects.

This year’s AP Exam report by the College Board analyzes data from the Preliminary SAT/National Merit Scholarship Qualifying Test and found that of the 771,000 students in the class of 2011 who scored well enough to be considered ready for AP, nearly 478,000 (62 percent) did not take an AP exam for which they were recommended.

“These data confirm the need to continue expansion of AP Exam  opportunities for prepared and motivated students, because hundreds of thousands of U.S. students have indeed been academically ready for the challenge of an AP course but lacked the opportunity, encouragement, or motivation to participate,” said Trevor Packer, the senior vice president of AP and college readiness for the College Board, in a written statement.

The gap in ability versus participation was even greater for most groups of minority students.

Of the white students recommended for the AP Exam, 61.6 percent did not take an AP subject, while 42.1 percent of Asian-American students did not take it.

Yet 79.4 percent of African-Americans, 70.4 percent of Hispanic/Latinos, and 73.7 percent of American Indian/Alaska Natives did not take the recommended AP subject. 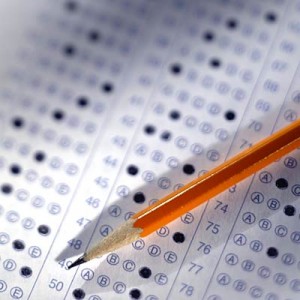 Although the number of minority students taking AP courses is increasing overall, they are still underserved in AP classrooms compared with their proportion of the school population, this year’s report shows.

When it comes to performance of all students in last year’s class, the percentage that received a passing score of 3 or higher was 56.2 percent, 0.1 percent higher than the class of 2010.

The AP Exam is graded on a scale of 1 to 5. A score of 3 is considered a minimum passing score for predicting success in college, according to the College Board, the nonprofit based in New York City that sponsors the courses and exams.

Student success in passing the science and math AP exam such as chemistry, biology, statistics, and calculus dipped slightly in this year’s report as the number of test-takers grew.

For science, 8.8 percent more students took the AP exam, and 7.7 percent more received a 3 or higher score, dropping the overall passing rate from 49.8 percent to 49.3 percent from the class of 2011 compared with that of 2010.

In the overall state breakdown, Maryland led with 27.9 percent of its graduates participating in the AP exam and scoring a 3 or higher. New York, Virginia, Massachusetts, and Connecticut rounded out the top five states.

“As the AP exam expands to a broader group of students, however, the rate of students not earning a 3 or higher is also at a historic high—12.1 percent of students in the class of 2011,” Mr. Packer said.

“There is some progress in the fact that more students are taking the AP exam,” said Bob Wise, the president of the Alliance for Excellent Education and former governor of West Virginia. 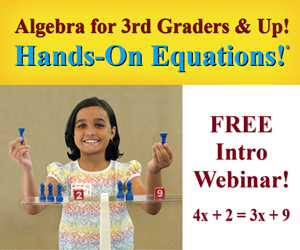 “AP is a proxy for increased rigor academically and for college and career readiness. The good news is that student demand for rigor is continuing to increase and student performance is slowly increasing. Some of it is handicapped by the availability and the confidence level of how well they’d do. Should they take an AP course? Should they take that risk?”

The challenge is to increase access to AP and convince teachers, students and parents to understand that taking the AP course is worthwhile regardless of how students are going to finish in the end. The experience of taking an advanced course is valuable, even if students get a 1 or a 2 on the final AP exam, Mr. Wise said.

Mr. Wise says he’s surprised that gatekeeping policies limiting AP classes to the top 10 percent of student still exist. “That sends a message to the other 90 percent: Don’t aspire,” he said.

“Every place I’ve seen where students were challenged to do more, and were given the supports to do that they rose to that challenge.”

Caralee J. Adams is a contributing writer for Education Week specializing in higher education. She is also author of her blog  College Bound.