Social Media And Teens Who Use It To Do Good Works

Parents, social media and teens may not be a bad combination after all.

A new study indicates a big jump in trends on social media and teens who use it to do good works. 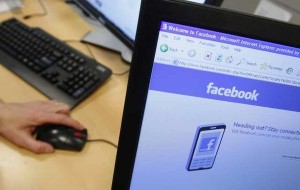 Teens say social media has made them more aware of the needs of others.  Example: 200,000 teens will give up food to fight global hunger during World Vision’s 30 Hour Famine, February 24 – 25.

According to a new World Vision 30 Hour Famine study, conducted online in January by Harris Interactive, more than half of teens (55 percent) say social media sites like Facebook and Twitter have made them more aware of the needs of others.

The social media and teens study also says 2 in 3 teens (68 percent) agree that the benefits of social media outweigh the risks.

According to the study, more than nine out of ten (91 percent) agree that it’s important to volunteer locally.

At the end of this month, some 200,000 teens will go hungry as part of World Vision’s 30 Hour Famine to raise funds and hunger awareness.

This is the fourth year World Vision has surveyed social media and teens who use it to do good works to get a better idea of what they’re thinking. 30 Hour Famine has close to 30,000 Facebook friends.

“The jump in the number of teens who say social media sites make them more socially aware is a sign of the times,” says Regina Corson, Senior Vice President, Harris Poll, Public Relations and Youth Research at Harris Interactive.

Michele Tvedt, World Vision’s 30 Hour Famine Manager says, “It’s exciting to see social media and teens who use it to do good works have a direct impact on the world.”

Tvedt has personally done The Famine for 13 years, adding up to more than 390 hours.

Prior to the event, teens raise funds by explaining that $1 can help feed and care for a child a day. Teens consume only water and juice as they participate in local community service projects (food banks, soup kitchens and homeless shelters).

Chronic poverty, affecting half the people on earth, is the cause. Nearly 3 billion people live on less than $2 a day.

Funds raised this year for 30 Hour Famine will be sent to 10 countries including Haiti, the Horn of Africa, Burundi, Malawi, Pakistan and Afghanistan.

About World Vision – World Vision is a Christian relief and development organization dedicated to helping children and their communities worldwide reach their full potential by tackling the causes of poverty.