Those with Asperger’s syndrome are characterized as atypical.

Their repetitive routines or rituals, peculiarities in speech and language, and difficulties with empathy leading to socially inappropriate behavior is anything but typical. Asperger’s syndrome is the mildest form of autism on the end of a broad spectrum. 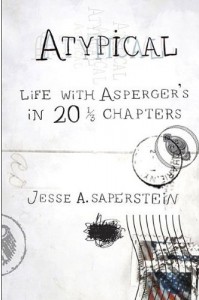 Welcome to the atypical world of Jesse A. Saperstein.

Jesse has teamed up with the Anderson Center for Autism (www.AndersonCenterforAutism.org) to launch an anti-bullying crusade.

Free-Falling to End Bullying in 2012 is the first video to feature an extreme sport and children with autism opening up about their painful experiences.

Jesse suffers from Asperger’s syndrome (a mild form of autism) and is a published author of Atypical; Life with Asperger’s in 20 1/3 Chapters

He completed his first skydiving jump at the Blue Sky Ranch in Gardiner, NY and rallied the entire community in an effort to show what can happen when people with challenges have the right opportunities and enough mercy in society.

Dr. Temple Grandin, the subject of a HBO Golden Globe-winning movie starring Claire Danes, made a special appearance in his new video that also features the musical talents of Taylor Swift and the 1980’s band, Boy Meets Girl.

Traditionally it’s taken decades, if not centuries, for diseases and other differentiating conditions to start losing their social stigma.

The media has changed all that.  Cancer, AIDS, even Irritable Bowel Syndrome have all had their media moments—when the fears, prejudices, and cruelties surrounding a disease are looked squarely in the eye and begin to dissolve in the light of day.

It’s now Asperger’s turn.  And as Jesse A. Saperstein amply demonstrates in his new memoir, Atypical; Life with Asperger’s in 20 1/3 Chapters, the process of demystifying Asperger’s syndrome promises to be a hilarious adventure.

Asperger’s syndrome was not even recognized as a separate disorder until 1994.  Sufferers before that were referred to as “high-functioning” autistics.

The high-functioning part certainly applies to Saperstein.  In addition to establishing himself as a new and tremendously entertaining presence on the literary scene, Saperstein has walked the entire Appalachian Trail to raise more than $19,000 for pediatric AIDS.

He also graduated from Hobart and William Smith Colleges.

“There’s an upside to having Asperger’s,” Saperstein explains. “It’s not all just flapping hands and creeping people out with inappropriate behavior.

Folks with Asperger’s syndrome may be atypical but they have tremendous integrity.

When we say we’re going to do something we get the job done.”

Along the way, unfortunately, if one is atypical they are vulnerable toward being teased, tormented, and bullied beyond belief for their inability to fit in like mainstream society.

Saperstein writes about his trials in Atypical with a dark poignancy, as time has rounded the edges of even the sharpest cruelties shown toward him for being different.  But the wounds are still palpable—as they would be for anyone subjected to years of relentless bullying.

“I once spent six months of my life pursuing a romance with a girl my schoolmates made up to torment me. We emailed and chatted—until it was time to finally meet.  During that time, they must’ve been rolling on the floor answering my emails while taking advantage of the severe naïveté that is common within individuals on the autism spectrum.”

Later, after college, Saperstein would go on to have an affair with a woman eighteen years his senior.  “Cougars and devilishly handsome Asperger’s guys are a natural match.”

Saperstein is also a public advocate regarding the potentially deadly consequences of cyber bullying and intends to petition Congress—imposing the first national legislation that protects future victims.

Creating empathy for those with Asperger’s syndrome –  how ironic that Saperstein would be so successful in getting us to see what it’s like to travel life with Asperger’s.  Sufferers of the condition are notorious for their inability to experience empathy.

The fact that Atypical so beautifully creates empathy in the reader for Saperstein and his peers is a testament to the writer’s talent and ability.

And, in many instances, Atypical proves that affected individuals are capable of expressing the empathy and compassion that is not always prevalent in individuals without a social disability.

Or as Sigourney Weaver asserts: “Jesse Saperstein’s wise and compelling memoir lets us know how frustrating and strange life can be for a bright, resourceful young man with Asperger’s navigating the typical world.  Funny, irreverent, and ultimately forgiving of all the damage we ‘well adjusted’ typicals wreak on those who are a little different from us.”

Read more articles related to bullying and being atypical…